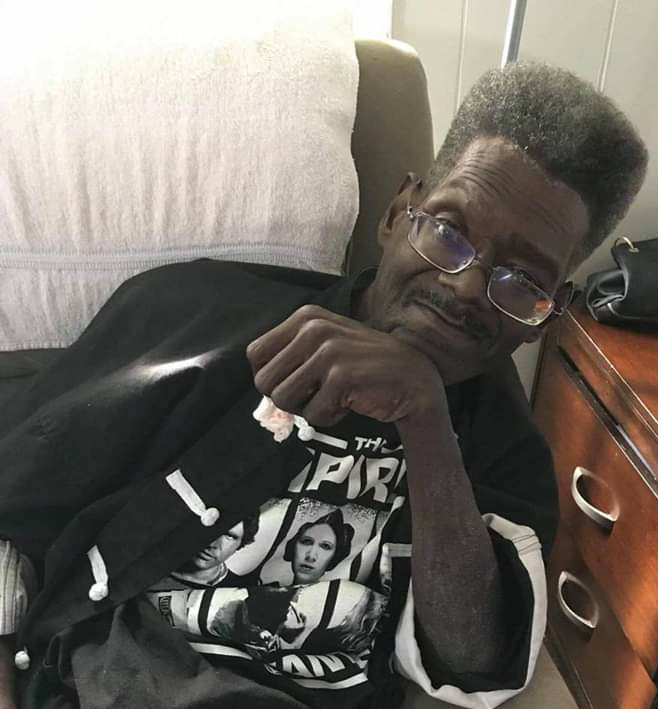 Keith Darryl Harper Sr, was called home on September 27th at his residence peacefully how he proclaimed. He was met at the gates of heaven by his son Keith Harper Jr., embraced with no more pain. Born in Chicago, Dec15th of 1966. At Cook County Hospital unto Charles Harper Jr. and Evelyn Rogers who birthed another prince. Keith was the Grandson of Grant and Carrie Rogers also Sylvia and Charles Harper Sr. Keith went to Belport High School where he met his best friend William Skeans; who introduced him to the love of his life Jean M Skeans. Shortly after that with their first child Karen M Parker being born, he knew he had to better his future so he joined the U.S Navy where he was a Boatswain’s Mate Soldier, who stood
true to his country and met his Navy Brothers the “Beach Masters” Unit 2. With Seven years of service he went to war and earned several awards. Sadly after the Persian Gulf war his illness began to start. They called him Doc he was always the life of any party. the funniest man you would meet playing, laughing and always telling jokes he loved family time. He will be greatly missed and forever loved by everyone he has left behind.