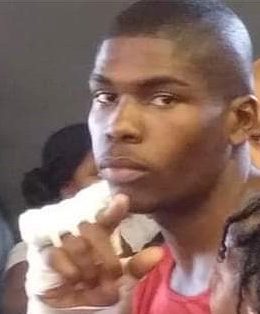 On Wednesday, April 7, 2021 Kaivon Luvell Lee transitioned from his earthly home.  He was born on May 5, 1995 to Tracy Minggia-Lee and Kelvin Lee Sr. , in Covington, TN. Kaivon was a member of St. Mark Missionary Baptist Church, Portsmouth Virginia.  During his school age years he attended and became very active in Youth Church where he established a close relationship with Minister Aaron Burford, Deacon Lance & Mildred Goolsby,  Deacon Shaun Brown and Deacon Lewis Taylor.

Kaivon graduated from I.C. Norcom high school in 2014.  While in high school he enjoyed football and  baseball after high school he became a member of the UGMMA Boxing Team with Coach Robert Wilson and Michael  Williams.  His passion for boxing led him in becoming a follower of the former World Champion Boxer, Muhammad Ali.  Kaivon also enjoyed gardening and he loved taking care of his pets.  He was such a caring individual and he had a heart of gold.

Although he did not have any children, Kaivon loved spending quality time with his nephew, Josiah.  He treated him as if he was his child and believed in protecting him at all cost.

He was predeceased by his Paternal Grandparents Malinda Lee and David Anderson.