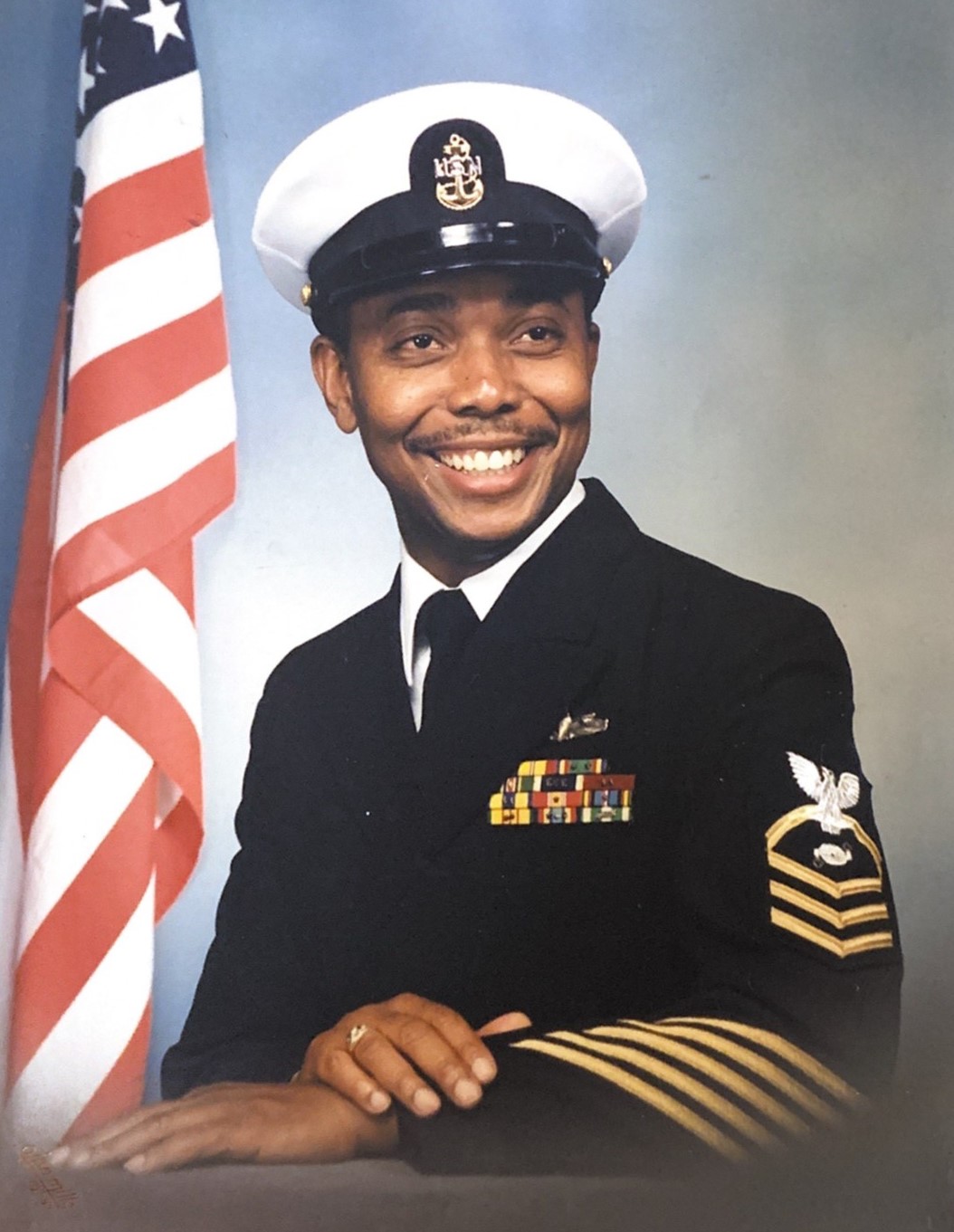 A legend is typically described as someone who makes an undeniable positive impact on the lives of those around them.  One name comes to mind for our family when you think of the word Legend, and that name is Julius Wayne Moore Sr.

His presence filled every room he entered, and those in that room received him with open arms. A talent that not many possess, but he did. He had accomplished during his stay here on earth from his 21 years of service in the United States Navy to the simple accomplishment of becoming the best Son, Husband, Father, Grandpa, Sibling, Uncle, and so much more to many of us. There is no question how much he impacted the lives of every person he crossed paths with within this world.

We could be here all day praising his many accomplishments because he was a determined man who set a goal and went after it until that goal was completed. However, we will most remember him by the individual memories he left behind with each of us. He was our safe space, our best friend, our no judgment zone. Although, he was not shy and did not hesitate to tell it like it was with an I Love you right behind it. Who could be mad at that?

His Loving Union with his wife, Carolyn created a family he loved and cherished dearly. A Daughter Dawn, who awaits him at the gates of heaven, Two Sons with their beautiful wives, Wayne. (Gemma), Kevin (Taylor). He was excited to welcome his two youngest grandchildren, Amora and Leo Wayne, along with Six older grandchildren: Jonquil; Cornelius; Raymond; Noah; Ariel; Zaeden; who shall cherish all the beautiful memories they created with their grandaddy.

Wayne loved and enjoyed his family immensely and was sure to gather them all every chance he was given and created memories with them as well. One might even say he was the glue. He was always full of jokes with sarcastic puns, but they were always met with laughter and love. Another hidden talent he possessed.

He leaves so many behind to swap stories of his legacy. His sisters Vera, Lois, Joan, and Phyllis are amongst a host of nieces, nephews, and friends who join his wife, children, and grandchildren in honoring his memory with laughter, light, and love.

However, let us find comfort in knowing many were called home before him. People he loved and cherished as we love and cherish him. He will reunite with His mother Frances and Father David, brother David and many more he may yearn to see again.

Today we celebrate his life by letting his legacy began as we share in the memory of the man whom we all loved, Julius Wayne Moore Sr.