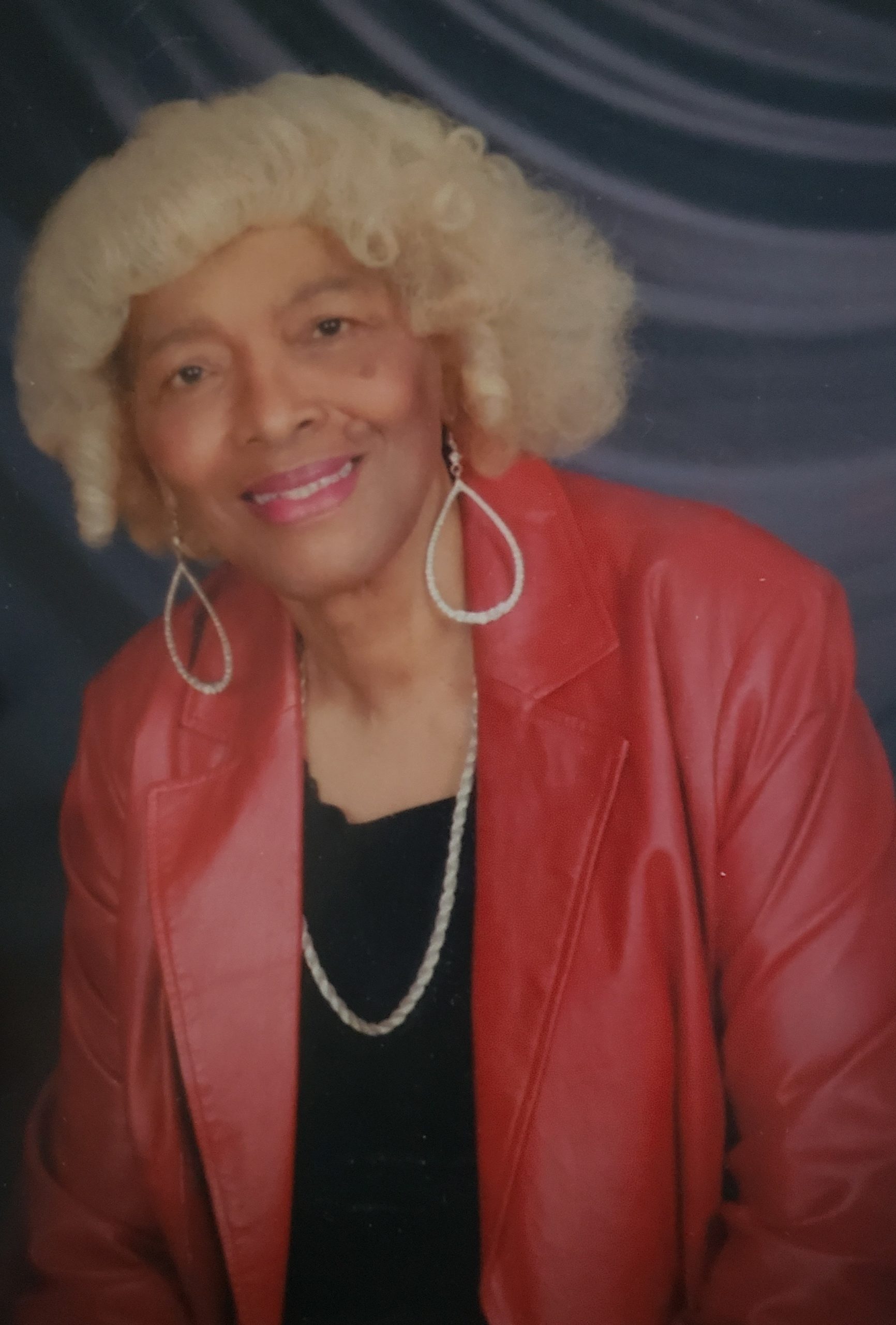 Sunrise: February 9, 1937
Sunset: May 8, 2020
Sunset and Evening Star
And one clear call for me!
And may there be no moaning of the Bar
When I put out to sea–
On Friday May 8th, 2020, God called our beloved Joycelyn Hicks Johnson from labor to reward. Joycelyn was the first born of the late Lula Patterson Hicks and William “Willie” Hicks on February 9th, 1937. in the Berkley section of Norfolk.
At a very young age, she attended and joined New Central Baptist Church. Later in life, she joined First Baptist Berkley and remained a member until her demise.
After completing Abraham Lincoln School, she attended Booker T. Washington High school in Norfolk and graduated in 1954. She stayed in touch with her high school classmates after graduation and was the president of the class during her final years.
Joycelyn attended The Norfolk Division of Virginia State College(now Norfolk State University) and after two years, married her high school sweetheart, Richard “Squirrel” Johnson. To this union her four children were born. After the birth of her third child, Michelle, “Squirrel” and Joycelyn moved to Philadelphia, where Kevin was born.
Upon returning to Norfolk(Berkley), Joycelyn continued her association with the Berkley Group and was in attendance to the Super Bowl Party held in Chesapeake in February. The Berkley Group had many gatherings: Church, various homes, back yard cook-outs and bus trips. She was always in attendance and served as the contact person to extend the invitation to the group.
As soon as she returned from Philadelphia, she secured employment in the Norfolk Public Schools as a classroom assistant working in Elementary Schools, High Schools, and Alternative programs. During an evaluation period, one of her principals wrote that she was an “excellent role model” and “great counselor” and permitted her to counsel students assisted by her classroom teacher. Her principal stated that her ability to counsel was a “tremendous help” to the Guidance Department at his school.
After her tenure with Norfolk Public Schools, Joycelyn was hired as a Residence Supervisor with the Southeastern Virginia Training Center in Chesapeake. After several years at SVTC, she retired but didn’t stop working. She was very active with her class, the Berkley Group, Neighborhood Watch Programs, correspondence to Norfolk City Council, and several letters to the Virginian Pilot regarding local, state and national issues. One of her favorite answers to persons when things weren’t going well was: “MY HEAVENLY FATHER WILL TAKE CARE OF IT AND ME”.
Mother was pre-deceased by her parents, grandparents, her husband, her brother William “Plug” Hicks,and several other family members and friends.
Left to cherish her memory are her children Richard(the 3rd), Marshia, Michelle, and Kevin(Robin). Grandchildren; Kenethia(Johnathan), Dereono, Re’Shawn, Kicherra, Tajia, Kyra and Adrianna.
As Bryant wrote in Thanatopsis: APPROACH THY GRAVE LIKE ONE WHO WRAPS THE DRAPERY OF HIS COUCH ABOUT HIM AND LIES DOWN TO PLEASANT DREAMS. Joycelyn, Enjoy your new home in Glory.
But Now They Deserve A Better Country, That Is, An Heavenly, Wherefore God Is Not Ashamed To Be Called Their GOD, For He Hath Prepared For Them A City–Hebrews 11:16–KJV
Viewing Sunday, May 17, 2020 12:00pm - 5:00pm Metropolitan Funeral Service 7246 Granby Street Norfolk, VA 23505 Service WATCH SERVICE LIVE ONLINE Monday, May 18, 2020 11:00am Metropolitan Funeral Service Granby Chapel Interment Roosevelt Memorial Park 1101 Campostella Road Chesapeake, VA 23320 The family is following the CDC and State of Virginia guidelines for funeral attendance.