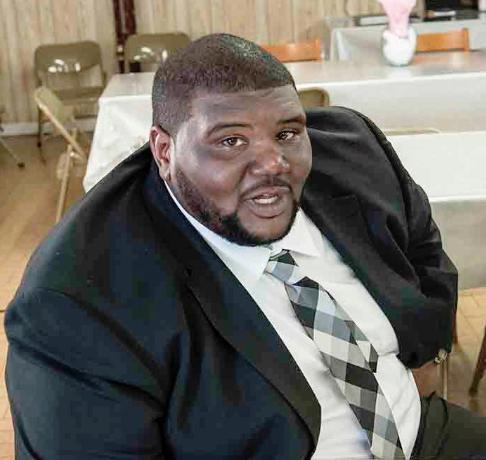 Mr. Joseph (JoJo) Mayers, Jr., was born in Annapolis, MD on March 13, 1983. He was the oldest son of Mr. and Mrs. Joseph B. Mayers, Sr. of Virginia Beach, VA. He departed his young life after a brief illness on Thursday June 13, 2019 at Sentara Leigh Hospital in Norfolk, VA with family and friends attending. “Jojo” was baptized at Shiloh AME Church in Prosperity, SC as a child, and again at Ebenezer Baptist Church in Virginia Beach, VA. He attended Virginia Beach public schools and was a 2001 graduate of Bayside High School and also a 2006 graduate at Hampton University, Hampton, Virginia. He was a Teacher Assistant at Diamond Springs  Elementary School for many years, and while he could have moved to other higher positions,
his love for children kept him in that role for over a decade. In 2018 he was briefly employed as an AFLAC Insurance Agent followed by a new car salesman at Hall Mazda in Virginia Beach, VA. In March 2019, he was blessed to obtain a position with the US Postal Service in Suffolk, VA as a delivery man. A common comment from his employers was that he was always smiling and had a caring infectious positive attitude. His Aunt Tina recently said of him, “When family and friends asked for assistance by saying “hey Jojo,” he promptly made time for whatever was requested.” He was an exceptionally selfless and faithful son, brother, uncle, nephew, cousin and friend who worked hard to provide strength, courage and unity for his parents and family.

He leaves to morn his passing his parents, Mr. and Mrs. Joseph B. Mayers, Sr. and a brother, Jerold B. Mayers, of Virginia Beach, VA. He also leaves a “devoted host” of uncles, aunts, two nephews, a niece, cousins and friends.