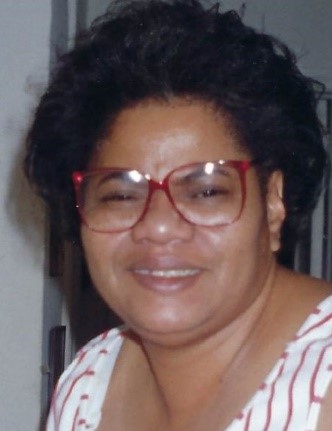 Joan Davis Wilson, known to many as Madea, was born on January 21, 1946 to the late Rev. Elisha Wilson of Norfolk, Virginia and Mother Leffie Harris Wilson of Nash County.  On November 14, 2019, the Lord placed His gentle and loving hands on the shoulders of our beloved sister and said, “well done my good and faithful servant, well done.” And carried her home.

Joan was a member of St. Mark RZUA church, where she served as the President of the Young Adult Choir. She had a beautiful voice and could sing like an angel. If you were near or far, you could hear her singing loud and strong and she truly did not care who heard her.

Joan worked as a housekeeper, an in-home care giver and at the Va. Pilot for years. She had a heart of gold and did not mind helping others. This was the case even in the hospitals even when she herself was a patient.  She served water to patients, cleaned off tables, and helped the nurses. While in her wheelchair, she went to the store, bank, and ran errands for others. This Madea was truly an angel of God. She was a die-hard Dallas Cowboy fan. Joan was a lover of animals, she was the mom to two dogs, “Muffin” and “Rocky”.

Joan was a no nonsense, speak her mind, kind of person. She was very independent. She drove herself to dialysis and the hospital even if it meant running through a few red lights. She knew no strangers, told you what she thought, reprimand you and called you “baby” in the same breath.