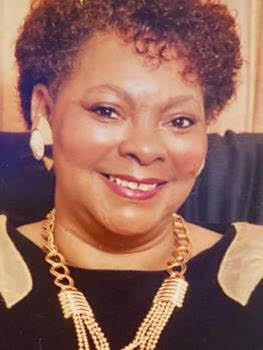 On Saturday July 18, 2020 God called Jewel Shaw to rest into eternal life. She was born on January 25, 1938 in Sumpter, S.C. to the late Gertrude Ellerbe Dicks Sullivan and Vernon “Buster” Dicks. She was the second daughter born of this union.

Jewel was raised in Brooklyn, NY where she attended NYC Public Schools. Later, as a teen she relocated to the Tidewater area and planted her roots in Norfolk, VA. She then completed her education at Booker T. Washington High School. Jewel often reflected on her memories of Brooklyn, NY and her love of Coney Island hot dogs.

At an early age, she adapted the mantra “where there’s a will, there’s a way.” She was employed by General Foam Plastics Corporation as a supervisor for many years while raising her two children as a single mother. Provisions from God, self-discipline and ambition enabled her to provide the best for her children, grandchildren as well as family and friends.

Jewel quickly recognized her gift of a servant’s heart. Her love of children developed into a profitable childcare business for over 20 years, with the Virginia Department of Social Services. She was affectionally known as “Ma Jewel” to the parents and children she served alike.

She also believed in active participation within her community. She served in Fairmount Parks Civic Leagues fundraising events to provide help for those in deficit. All whom loved her dearly and will never forget her tenacity, wit, charm, grace and undying love and caring for them.