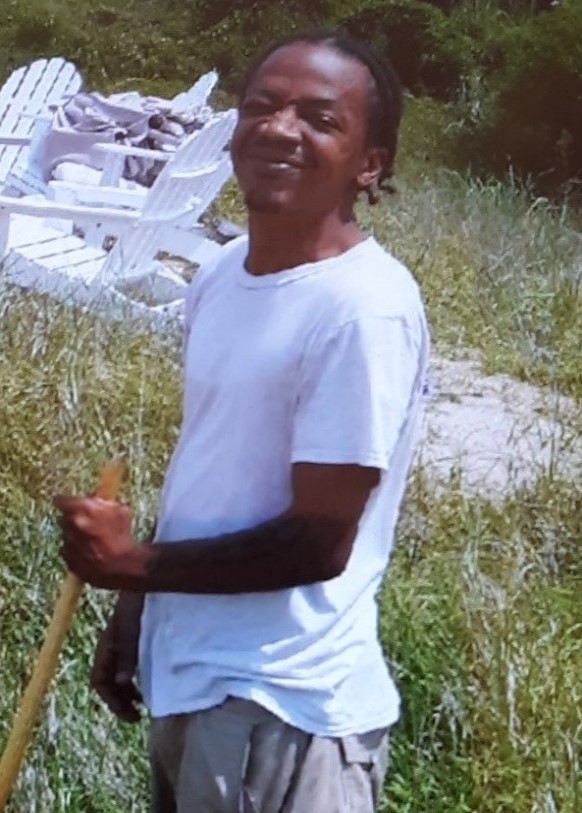 Jeremy Davis departed from this life and was called home to be with our Lord on January 5, 2022. Jeremy was born in Virginia Beach, Va. Jeremy was diagnosed with Neurofibromatosis type 1 (NF1) and became heavily involved in events every year to support research to find a cure for his disease. Jeremy was raised in Charlestown, which is a part of Caliver Manor located in Portsmouth, Virginia. Jeremy attended Simonsdale Elementary School, Oliver Branch, Hodges Manor, and W.E. Waters. During high school, Jeremy enjoyed soccer and following in his brother Alfonzo’s footsteps by becoming a wrestler. He graduated from I.C Norcom High School in 2000. Afterward, he joined the Navy and became a Gas Turbine Engineer. After leaving the Navy, Jeremy went to ITT Technical Institute and later worked in maintenance for Williamsburg, Norfolk, and Portsmouth apartment complexes. Jeremy was also a computer assistant at the Norfolk library.

Jeremy was good with his hands and could repair just about anything, and he was a great engineer. Jeremy also owned his own handy man business and had hoped to one day expand his business to open opportunities for employment for others. Jeremy loves motorcycles and four-wheelers. He built a go-Kart by hand when he was a child. Even when Jeremy became wheelchair bond, he still found a way to repair cars and motorcycles. He would sometimes take a blanket to the beach and rig up his movie projector so everyone nearby could enjoy a movie at the beach. Jeremy went to Florida and got certified to repair motorcycles. He also went to school in Washington, D. C. and got certified to repurpose bathtubs and sinks. Jeremy spent a lot of time at the National Institutes of Health (NIH), trying to help find a cure for his disease. His niece Starlina Shepard also joined him on his journey at NIH to assist him and become more educated on his condition. Despite Jeremy’s disease and becoming wheelchair-bound, he had a great outlook on life and was determined to make the best of any situation that was placed on him. Jeremy loved his mother, family, and friends. Jeremy had a smile that would light up a room, and he gave his all in everything he set his mind to do. Jeremy was humble, hardworking, passionate, caring, kind, and reliable. Jeremy loved and cared for others with all his heart. Jeremy pushed himself beyond his limits and remained strong despite his circumstances.

Jeremy leaves cherished memories behind with his five sisters and three brothers and a host of nieces and nephews, including his close niece Starlina Shepard.