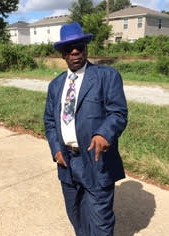 Jeff Henry Hodges was born on September 2, 1950 to Moses & Carrie Hodges in Norfolk, Virginia. He grew up in Norfolk, and attended/graduated from Booker T. Washington High School.

After high school, Jeff joined the United States Army and served his country for 20 years, including the Vietnam War. Jeff had the opportunity to travel and live in many different places including Hawaii, Germany, Texas, Fort Lee, Va, Korea, & Fort Riley, Kansas. He retired on 1990. During his time in the service, he married Rosa Lee Wyatt and they had three sons; Sigmund, Dwan, and the late Twan. Years later, Jeff remarried  to Katherine Brice in June 29, 2001.

Jeff enjoyed taking part in many hobbies and some of them included watching westerns, collecting clowns, playing poker or dominos, spending time with his family, and he loved the game of football and cheered on for years as a diehard Redskins fan. Jeff was known to be a jack of all trades and a master of none so to speak. Jeff was a loving father, husband, grandfather, uncle, brother, and friend to all.