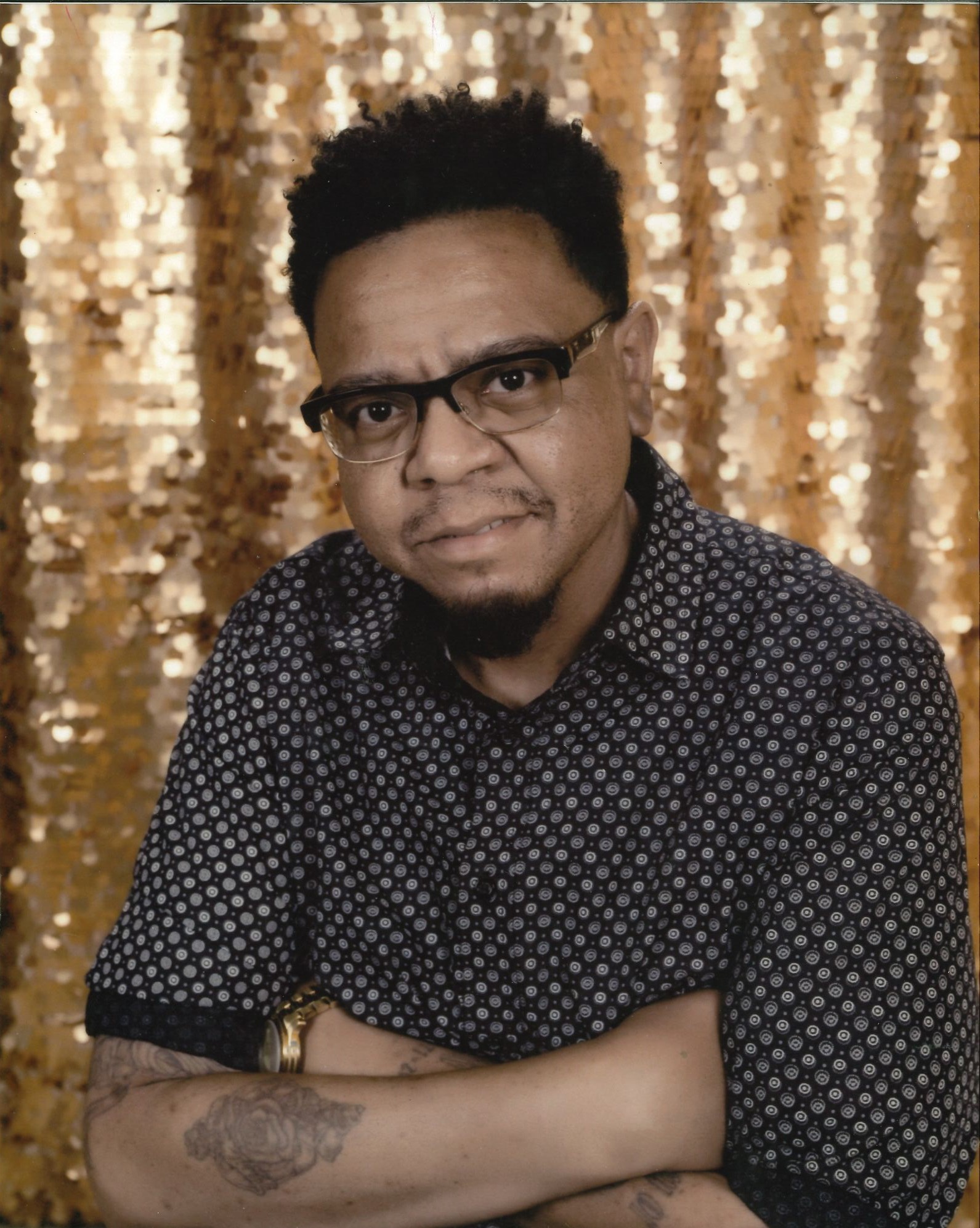 And said the naked came I out of my mother’s womb, and naked shall I return thither: The Lord gave, and the Lord hath taken away; blessed be the name of the Lord…Job 1:21

We, the family of Jamison Wylie Strobridge, shall miss his presence. However, we are truly thankful to God Almighty for allowing us to have Jamison for a season. For we realize tha the belongs not to us, not even himself, but he belongs to the Lord.

On Sunday, November 8, 2020, Jamison answered the Master’s call. By submitting to the will of God, he transitioned from earthly labor to peaceful reward.

Jamison Wylie Strobridge was born on Saturday, February 6, 1971, in Norfolk, Virginia. He weighed 6 pounds 7 ounces and grew to be, in his prime, 6 feet 2 inches and weighed 200 pounds. He was born into a loving family to Diane Marie Strobridge and Cornell Jackson. He was fortunate to have dear devoted grandparents, James and Dorothy Strobridge, who helped set him on the path to salvation. This was a blessing that would serve him well later in life. He was eventually called Jay, Jamison, and Jamie, with Jay being the most popular. Jay was lively from the very beginning of life with a quiet smile that could light up a day, and a frown that could make hime look like an unknown person. He liked people, and people liked him. As a child, when he returned to his home in Woodbridge after visiting his grandparents, the children in the neighborhood were overjoyed to see him. They would say excitement is back!

Jay has two daughters, Jakeil and Jalara Gilchrist. He married his ex-wife Felicia Taylor Strobridge. They have two sons, Jayquan and Rayquan Taylor.

Jay’s walk as a believer took a unique path. He was baptized, along with several other first cousins, in Firs Baptist Church Campostella in Norfolk, Virginia, when he was young. He was a member of Antioch Baptist Church in Fairfax Station, Virginia, when he died. Jay believed Jesus Christ was his personal savior and often witnessed this to others. Even sometimes, when he worked late and did not feel well, he attended Antioch Church. He was an active member who supported the financial needs of his church through tithing. In addition to other activities at his church, he participated in the Men’s Fellowship and the Men’s Lockout Program yearly at Dale City Church.

Jay attended schools in Chesapeake, Norfolk and Woodbridge, Virginia. He earned a General Education Diploma and completed two years of undergraduate studies. Eventually, he became a licensed barber which he enoyed. Jay began cutting hair as a teenager and was drawn to the profession.

Jay often talked about how, through disobedience, he strayed away from the teaching of his family and was incarcerated. He spoke about how his faith in Jesus and the support of his family on both sides, the Strobridge and Jackson (Cora and Benjamin Gray) sustained him through those years. Although the families were heartbroken, they never stopped loving and praying of him, especially his grandmother Dorothy. Although she was an older senior citizen and sometimes ill, she would go to the post office to make sure he got mail and money. She visited him and encouraged other family members to visit and support him. Of course, his mother was also diligent in this pursuit. The early teaching of his family kept him hopeful, and he learned to lean on the Lord. Jay spoke of those lost years ad his desire to do better-he repented.

Weh he was released, he immediately began working. He had become a barber while to incarcerated and developed a passion for cutting hair. He was a meticulous barber who took his time to please his clients. About this time, Jay married his former wife, Rosita Jackson Osborne, and gained a stepdaughter, Courtney. He moved from shop to shop until he became an entreprenuer, owner of Razor & Designz Barber Shop in Woodbridge, Virginia. He decorated it with an artist eye in red (his favorite color) and gray. Through his shop, he gave back to his community by mentoring upcoming barbers; provided general advice and counseling to many of his clients and barbers; offered employment opportunities to barbers and beauticians, and helped men whome he was incarcerated with because he knew they did not have the family support he enjoyed. At the churches he was affiliated with, Jay cut the ministers’ hair for free. At the beginning of the school year, he cut students’ hair free of charge; and hired a young man to clean the shop as a means of helping the young man’s family. Although it was a place of business, this was a shop where people could gather to relax and enjoy themselves.

In the community, he was a Big Brother in the Big Brothers Committee Youth Program; participated in fundraising efforts with the American Lung Association; and volunteered with the Christmas Tree Foundation for Youth.

God blessed him to succeed. He enjoyed nice cars, dressing well, exercising, Reggae Music, working long hours in his shop, family gatherings and good food, decorating, his dog, people, and attending church. Near the end of his life, he lived with his mother, Diane. She was able to care for him when he was sick. God granted them this precious time to grown even closer than ever and enjoy each other.

Although he became ill, as his body failed him, he pushed himself day after day to work long hours. He endeavored to please all his customers. Jay never gave up. The day before he died, he worked. With the help of Jesus, he presevered through the storms of life. His life was well lived, thank God.

I have fought a good fight, I have finished my course, I have kept the faith…..II Timothy 4:7

The family of Jamison Strobridge extends our sincere gratitude to all who knew him and called him a friend. May God bless each of you. Sincere thanks to all of you who came during this pandemic.

God, through Jesus Christ, has granted us so much joy in our precious memories of Jay–that our joy overshadows our grief. To God, be the glory forever and ever!