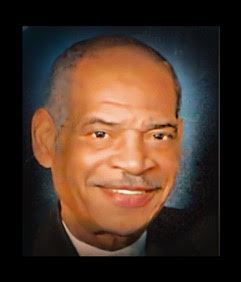 Family.  James W. Orr, Sr. was born to the late Boysie F. Orr and Leola M. Spinks on August 19, 1939, in Ramseur, North Carolina. He spent his early years in North Carolina and Alabama before moving to Detroit, MI, with his father, stepmother, Ollie Orr, and sister Margaret in the mid-1940s. James attended Northwestern High School in Detroit, MI, and was an active member of the football and track teams.

James met his wife, Louise, through a mutual friend, and the two married on February 3, 1965. Two children were born to their union of 57 years – James W. Orr, Jr. and Tina Marie Orr. He also legally adopted his oldest son, Anthony, at a young age. James’ family was the foundation of his life. He poured all the support and guidance a father could into his children and taught them the value of integrity and a strong work ethic. He was also a devoted husband and great neighbor and citizen. He lovingly doted over his grandchildren and never greeted anyone without a warm smile. He also enjoyed fishing and was a life-long Dallas Cowboys fan.

Faith.  James accepted Christ early in life and later reaffirmed his belief as an adult. He attended Grace Christian Methodist Episcopal (CME) Church in Detroit, MI, where his father served as an active Steward.

Service.  James joined the U.S. Navy in 1958, immediately after graduating from high school. His military career spanned 30 years – 28 years active and two years inactive. As a Radioman, he was responsible for transmitting and receiving cryptographic information through various transmission media aboard ships, aircraft, and at shore facilities. He received many military decorations during his tenure, including seven Good Conduct Medals, a Meritorious Unit Commendation, Navy Unit Commendation, Vietnam Service Medal, Republic of Vietnam (RVN) Campaign Medal, an RVN Meritorious Unit Citation (Gallantry Cross), and a National Defense Service Medal. James also received several promotions throughout his career and retired as a Chief Petty Officer, the seventh enlisted rank in the U.S. Navy.