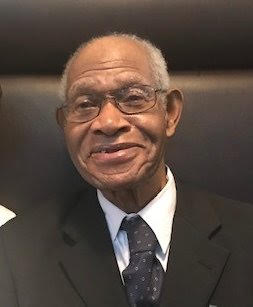 James Melvin Outlaw from Norfolk, VA passed away peacefully Wednesday, October 2, 2019 at 86 years of age. He was born in Norfolk the son of James C. and Maybell L. Outlaw. James graduated from high school and later married his high school sweetheart, Minnie L. Outlaw in June of 1954. They were married for 49 years with one daughter, Annette Parker. During the union, he spent 2 years in the United States Army as a Private First Class and later employed at Grand Furniture in Norfolk, Virginia as a Delivery Driver and later on to shipping and receiving for 46 years until his retirement in 2018. James was a loving and caring family man and a loyal Redskins fan. He was preceded in death by his wife, Minnie L. Outlaw; mother, Maybell L. Outlaw; father, James C. Outlaw and brother, Maurice Outlaw. He leaves to cherish his memory, his daughter, Annette Parker (Curtis); one sister, Mary McCarty; two brothers, Charles Outlaw and Frederick Outlaw; one niece, A’Daye Foster; two nephews, Dario Outlaw (Jeanette) and Mario McCarty (Bianca); grandnieces, nephews and a host of friends.