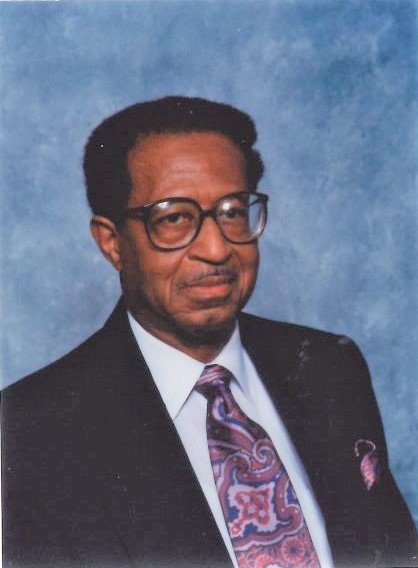 Deacon James Johnson, Jr was born on July 10, 1927 in Camden County, North Carolina to James Sr and Minnie Johnson.  He graduated valedictorian of his class from Currituck County Training High School in 1945 and married his high school sweetheart, the love of his life Deaconess Dollie Johnson on August 30, 1947. Eventually they settled in the Tidewater area and together raised three children in Portsmouth.

For many years Dad worked two and three jobs allowing Mom to be a stay-at-home mom.  He worked as a mail carrier for the U S Postal Service and as a baseball referee for Norfolk County Parks & Recreation before landing at Naval Air Reworks Facility as a Production Control Dispatcher. Mom eventually started her career and they worked together for many years at Naval Air Reworks until retirement.  Dad was the last surviving charter member of Chartway Federal Credit Union.  He joined New Mount Vernon in 1960 where he served faithfully as chairman of the Deacons Board, member of the Senior Choir and Male Chorus. For many years he served as the church treasurer and coach of the NMV Men’s Basketball Team. He had a profound love of gospel music and worked hard to bring many successful concerts to the church, including local talents and recording artist like Luther Barnes, Harmonizing Four, Peerless Four, Mighty Pearly Gates and Hurdle Brothers. That love lead him to manage God’s Own, a local gospel group which included James III and his son-in-law Michael (deceased).  He was also one of the featured singers.

He was predeceased by his wife of 74 years, his parents, sisters, one granddaughter and one great grandson. Left to cherish fond memories are his children, Carolyn Dowtin, Chesapeake, La Barbara Robinson and James III; both of Portsmouth, nine grand- children, 23great grandchildren and two great-great grandchildren; one son-in-law and a host of nieces, nephews, cousins an “adopted daughter Joyce Smith,” and many friends.