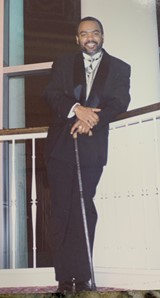 Growing up in Saint John’s AME Church with his cousins Gregory Jones, Googie Jones and Rod Jones was all he ever talked about. He was a member of the Boy Scout Troop, Steward Board and a Member of the Male Choir; his solo that he sang was “Goin’ up Yonder”. His days as a youth in Saint John’s were memorable and impressionable as he retold his stories about going to Camp Andrew Young where he learned to swim; Mr. Wallace Garner and his ability to pray and how he looked up to him; his grandfather, Smith Beckett who in his words was a “Giant of a man” who looked like Mr. Atlas in his younger years. James was an avid runner and a member of the Norview High School Track Team. From Norview, he moved to Chesapeake where he attended Indian River High School from where he graduated in 1972. He also served in the United States Marine Corps from July 1972 to August 1973 where he worked as a bugler in the Drum and Bugle Corps. Some of his proudest moments was when he was stationed on 8th and Eye Streets in Washington, D.C. He traveled to various states and overseas performing for official ceremonies and funerals. His band of friends in the Drum and Bugle Corp (Charlie Wells and Johnnie Hopkins) keep in contact even to this day. One of his buddies, Bobby White recently died.

After returning home from the Marine Corps, James became very well known for his gift of gab through the car selling business. His favorite saying was “There is always an ass for every seat” meaning that every car could be sold to someone. Some of his happiest moments was when he was able to get a car “over the curve”; he loved selling used cars. This is how he met the love of his life Cheryl over thirty three years ago—he sold her a Dodge Daytona and he called every day to check on that car and Cheryl. He often told people that he was an “accessory that came with the car.”

In 1989, three months after James and Cheryl were married, he was diagnosed with Multiple Sclerosis. James and Cheryl navigated the health care system to ensure he received the absolute best of care. Over their thirty-one years of marriage they were involved in several trials of medications to treat his Multiple Sclerosis. In 2014, Cheryl left her Federal Government job to stay at home and care for James full-time.

They even traveled to California with their daughter Amiaya and with the encouragement of his best friend Michael Mills so that he could receive one of the newest treatments for Multiple Sclerosis, Stem Cell Therapy. His best friend, Michael Mills and his brother Nevin would take James to his physical therapy appointments two times a week to help Cheryl as they were
nearing the end of his Disease Process and journey.

There was one brother who could always be counted on to help Cheryl with his “Big Brother”. Even though “Little Brother” stood a head taller than James, he would always drive from North Carolina to Maryland to take his “Big Brother” to his weekly, monthly or whenever appointments. He did not find it robbery to stay with his brother when his wife, Cheryl, traveled out of town for meetings associated with her job. Even if he had to do the job by himself, Donson Brown was always there to help his “Big Brother”.

From 2015 to 2017 James was an inpatient in the Charlotte Hall Veterans Home. Cheryl brought him home two times during his stay to care for him at home and when this became too much for her, she reluctantly took him back to the Veterans Home in Charlotte Hall Maryland where he succumbed.

James was also a Member of the Charles H. Wesley Masonic Lodge in Maryland for over 24 years.

He will be missed!

The family would like to thank you for your calls, cards, prayers and support during this very trying time.  We loved him but God loved him best!