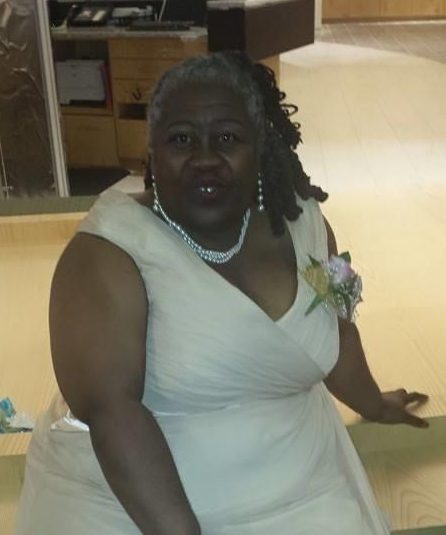 Jacqueline P. “Jackie” Norris was called home June 29, 2020 at her home in Chesapeake,Va.. While her passing was a shock to her family and friends, the Lord’s plan was already set. Jackie was born April 15,1958 in New York, NY to the late Johnny Williams and Madie Williams Oxendine.

Raised in Rocky Mount, North Carolina and Charlotte Court House, Virginia. Jackie attended the North Carolina and Virginia public school systems. She continued her education at Hampton University where she earned her Bachelor’s Degree in Education in 1980, later her Masters in Business Administration from Strayer University.

Throughout her life, Jackie worked at various jobs, from teaching positions in and around the Tidewater area to her most recent position as an, insurance sales agent,, which she loved. No matter the career path, she felt at her best when she was helping others. If you give her a problem it wasn’t long before she had a solution that started with the phrase, “Ok, so check it out…”.

She was a social butterfly who loved to meet new people and even play matchmaker at times. Throughout her childhood to present day there was not a person she considered a stranger. Her best friend, though, was her soul mate, Richard, who she met at The Broadway club in Norfolk, Virginia in 1979. Two years after meeting, they welcomed their son, Justin in October of 1981. They wed in a small ceremony the following May. Their daughter, Ashley was born July of 1985. Jackie was a devoted mother and wife. She loved taking her children on adventures, taking them to concerts, creating teaching moments in everything from cleaning fish to staring at the stars. Once her children left the nest, she and Richard enjoyed spending time together, going on lunch and dinner dates, or attending other activities with family and friends. They also rededicated their lives
to Christ by becoming members of Bethany Baptist Church and strived to grow their relationship with the Lord.

Jackie was so many things to so many people, as evidenced by the love and support of those who were shocked and saddened to learn of her unexpected passing. She was a loving wife, mother, sister, aunt, cousin, friend and to her favorite little ones she was affectionately known as Noni. Her co-workers and friends lovingly called her “Mrs. Jackie”. She loved to engage in conversations on the phone and would be sure to call her loved ones regularly just to check in with them. She was a blessing to those who had the joy of getting to know her throughout her life’s journey.