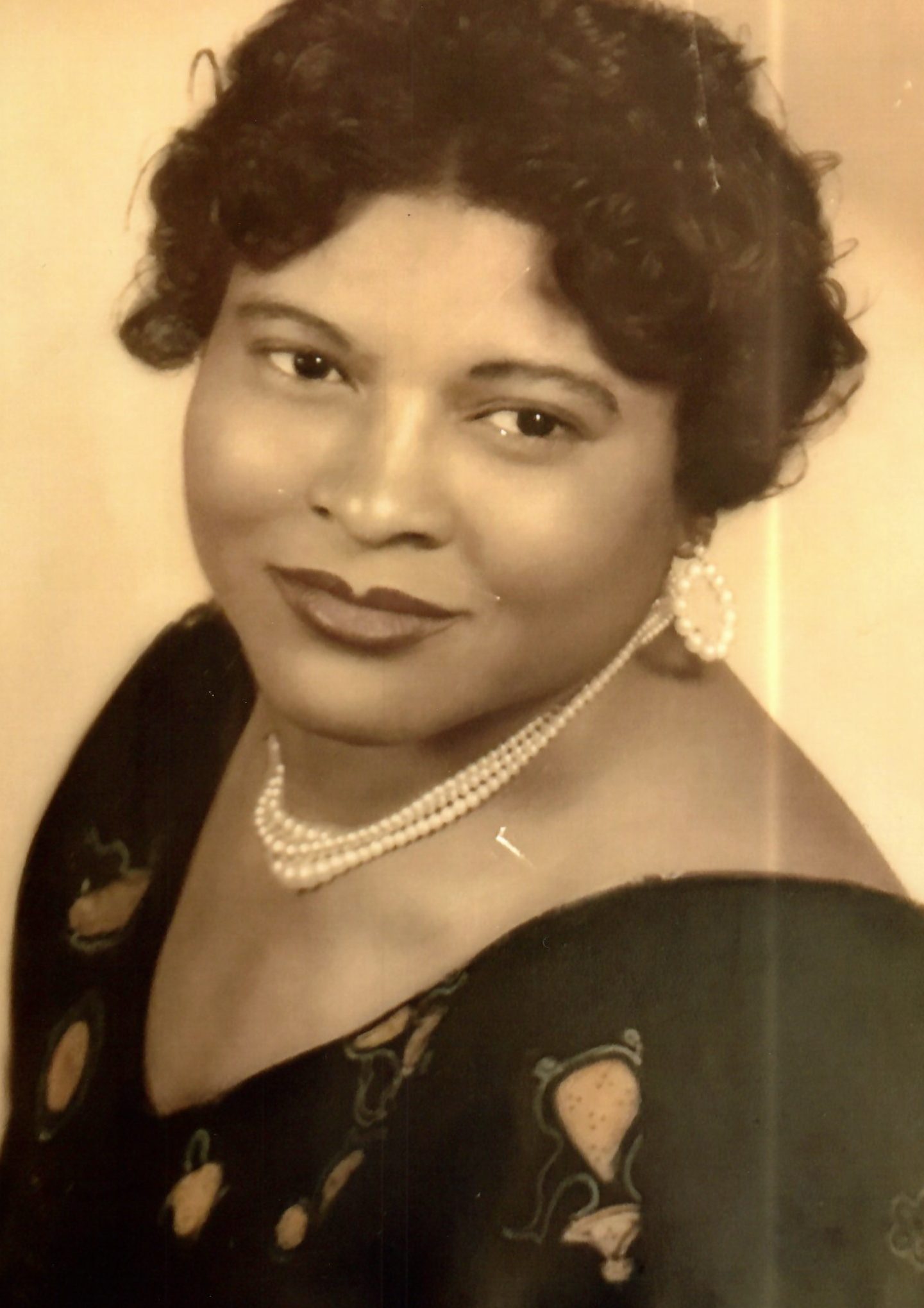 Isabelle Elizabeth (Spencer) Johnson, age 95, transitioned this life to eternity at her residence under the financial care of her late husband and caring, loving family members on Veteran’s Day 2021 after succumbing to cancer and dementia.  Exceptional medical care and services were provided by Mrs. Terina Cowles, CNA; Visiting Physicians, Bon Secours Home Health and Hospice and later Amedisys Hospice.

Isabelle was the youngest of fifteen children born to Goodridge and Lottie (Cole) Spencer of Charlotte Court House, Virginia in Charlotte County.  Her oldest sister, Mattie (Spencer) Davis raised her when she was sent from Charlotte County to Norfolk, Virginia in the late thirties or forties. While in Norfolk, Isabelle met Claud M. Johnson and they married in July 1948 with 72 years of marriage.   From their union came four children, Connie Louise, Claud Matthew Jr. Junie or JJ), Yvette (NMN), and Carlton Sherwood.  The family moved to the 803 Hancock Avenue address in Portsmouth’s Cavalier Manor section in 1957. They lived there for 64 years.

Mrs. Johnson was a former member of The Presbyterian and New Bethel Baptist Churches both in Cavalier Manor before joining St. Mark Missionary Baptist Church under Pastor Ruben Watson at the Columbus Avenue location.  She always had a love of singing and was a member of the choir at all three churches. She loved the old hymns and literally would sing herself happy during her illness, i.e. The Old Rugged Cross, God Will Take Care of You, In the Garden, How Great Thou Art, I Am Redeemed and her papa’s favorite, Shine on Me.

At the old St. Mark Church, mom was more active as president of the Charity Club and member of the Helping Hands Club.  Mrs. Geneva Taylor, Hattie Pope, Gertrude Pritchett and Sarah Joyner were among the names frequently mentioned throughout her illness.  As a member of the Food Ministry, she was Mrs. Laverne Jernigan’s assistant in the meal planning and preparation.  They would prepare some delicious meals for fundraising or family repasts and you better believe Isabelle was sure to give you a right nice portion.  She was known for her potato salad and fried chicken.

To her children, however, it was also her creamed potatoes and gravy, homemade biscuits and cornbread, churned homemade lemon custard ice-cream, tomato pudding, rice pudding, deviled eggs and her rattling Sunday morning pots as she prepared breakfast and dinner.   To the neighborhood, it was her steamed and later fried crabs.  Also, one of dad’s side hustles, was selling her freshly baked pies.  Mom would rise early in the morning to bake sweet potato, coconut custard and apple pies; the house was smelling of their aroma while we children were still in bed. Mom would stack the pies neatly in the brown and tan metal handled picnic basket, separating the rows with waxed paper. When Dad returned home at the end of the work day, the basket was always empty.

Mrs. Johnson, our mother was a simple, firm yet kind, no sense kind of a woman that was often misunderstood. However, namely, the families of Hancock Avenue (800 block in particular), Tazewell (Whiteheads, Waters, and Porters), Henderson (Bakers, Vasses, Perrys and Burns), and Stratford Streets (Williams, Dickens) neighbors respected and liked her.  Mom had a very special friendship with Lois Cox.  They had their own personal weekend happy hour while their husbands, Claud and Casey worked part time at the Moose Lodge. The end of Happy Hour was when Mrs. Cox “Lois” would say, “I am going home to my Casey” as my mom watched her from the porch as she walked to their home two doors down the street.

She had a very special relationship, sometimes unusual with all her children, but we  would be remissed if we didn’t mention her three granddaughters, LaTonya, first grandchild and  nicknamed by her, Candy; Carmica, second grandchild who she affectionately called Peaches and Carla, Carl’s daughter, her Cupcake.

While mom babysat, all three granddaughters, she was a surrogate mother to Carla “Cupcake”. Mike and Sue Wilkerson were loving on Carla’s first child, Kenyon, their grandson and mom pinned the nickname “Smiley” on him on his fourth birthday at Chesapeake City Park with his shades and big wheel. Carla’s second child, Khalil, mom called “Eatums” as she couldn’t get his milk bottle quickly enough to him.  Carla then honored mom when she had her third child, a girl; naming her Kyla Isabelle Johnson.  Kyla and mom used to sing Jesus Loves Me as a duet and at the end of the song mom would ask Kyla how she knew (Jesus Loves Me).  Proudly Kyla Belle would say, “for the Bible tells me so.”  Mom had the biggest smile and a look of pride on her face that no one could forget who saw them.

We could say more, but as mama would often say, that’s enough.  Save some, don’t tell it all!

But we must say, one more thing mama to Cousin Diane Spencer Outlaw, your sister Goldie’s daughter.  When we first met her, no doubt she was a Spencer, those physical features, smile, outspoken; yet loving, kind, and a good cook, too.  Diane and her family, remained only a call away and was there for you and us.

We will miss you, mama but the memories, oh the memories; the love, sweet love, tough love.  Most of all, Christ’s love!  The Lord is my Shepherd, I shall not want….. Those who hope in the Lord will renew their strength. They will soar on wings like eagles, they will run and not find. Isaiah 40:31. God will take care of you.