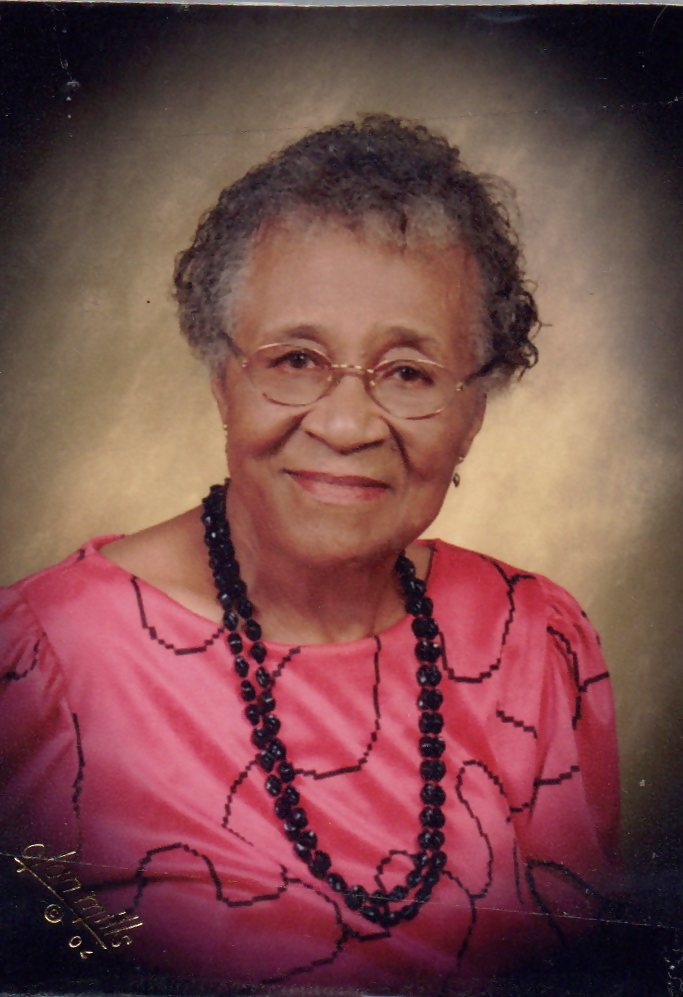 On Tuesday, September 29, 2020 at 101 years of age, God called his servant, Hilda Ruth Hodnett-Moore home to glory for her eternal rest. Hilda was born to Jessie Richard Hodnett and Rosa Berger- Hodnett on April 4, 1919 in Chatham, Virginia and she attended Pennsylvania County Public Schools in Chatham. She gave her life to the Lord at a very young age where she attended Rosebud Baptist Church also located in Chatham, VA.

Hilda was joined in Holy Matrimony to Samuel David Moore and gave birth to three sons and two daughters. After marriage, the couple moved to Portsmouth, Virginia where she became a member of Community Presbyterian Church in 1957 and faithfully served on the Usher Board until her health began to fail.

Hilda retired from the Portsmouth Public School System and was a volunteer for the Portsmouth Police Neighborhood
Program, Meals on Wheels and the Senior Program at Cavalier Manor Community Center in Portsmouth. Hilda was preceded in death by her parents, Jessie and Rosa Hodnett, her husband, Samuel Moore and three sisters, Lucille
Hodnett, Margie Davis and Birdell Stephenson.

She leaves to cherish fond memories her children, Donald (Doretha) Hodnett of Hampton, VA, Henry Moore of Portsmouth, VA, Salley Drew of Beaufort, SC, Richard (Geraldine ) Moore of Virginia Beach, VA and Felisa (Roy) Jordan of Virginia Beach, VA Hilda is also survived by a host of grandchildren, nieces, nephews and friends along with a special Granddaughter, Angela Moore, who lived with and helped care for grandmother.