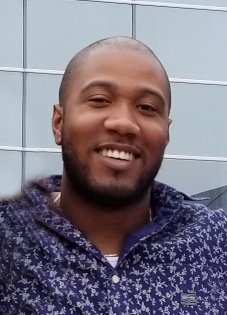 Gordon Christopher (Chris) Davis, Jr. age 26, our beloved son, brother, family member and friend passed suddenly on Thursday March 19, 2020. Chris was born in Daytona Beach, Florida on December 11,1993 to Gordon and Yolanda Davis. He graduated Junior High School from Tidewater Adventist Academy in Chesapeake and then from Tallwood High School in Virginia Beach. He was a member of Cedars of Lebanon SDA church where he served as an usher and was a member of the Chesapeake Eagles Pathfinder Club.

After starting college at Tidewater Community College, Chris decided to join the military where he served in the United States Airforce. There he worked in fuel delivery at RAF Lakenheath in England. Upon leaving the military he eventually found his way into the healthcare field where he became a Certified Nursing Assistant (CNA) where he worked for Autumn Care and finally with Senior Corp. Chris enjoyed creating music, reading, foreign languages, playing video games (especially with his sister and brother), and writing poetry – where his poem “What If’ was runner up in the Insight Writing Contest. And,
Chris had a personality that was simply “engaging” to all who encountered him. Chris will be missed everyday by his father, Gordon Davis Sr., his mother, Yolanda Davis, brother Nicholas, sister Ariana, his grandmother Catherine Davis, and his loving aunts, uncles, cousins and many many friends. Now he awaits the return of his Lord and Savior Jesus Christ when we all will be reunited.