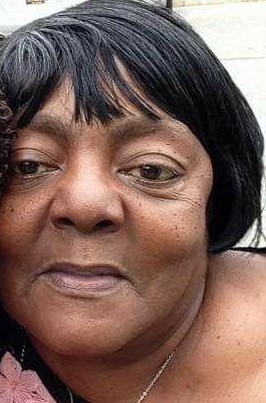 Sunrise: November 14, 1951
Sunset: January 19, 2021
As we reflect the life and legacy of Gloria, we are pausing to praise God for her long journey with us.
Gloria Louise Johnson, 69, was born in Norfolk, Virginia to the late Rachel Elizabeth Dales of Norfolk and Nelson Washington Willis of Bladen, North Carolina on November 14, 1951. She attended school at Booker T. Washington. She was the wife of the late Raymond Tazewell. She was preceded in death  by one brother, Ellis Johnson and one sister, Annett Baldwin.
Gloria praised and worshipped the Lord, and was a faithful believer.
Gloria was a pioneer. She was a strong and independent woman. She was very straight forward  and always willing to extend a helping hand. She was a faithful and dedicated woman to everything and everyone she came in contact with. Gloria would put a smile on anyone face that she met. She had a very warm spirit and truly loved her family. As the dawning of a new day began to emerge, God sent for one of His Angels to return home to her eternal resting place on January 19, 2021.
Gloria leaves to cherish her memories, two daughters, Aliceteen Lockett (Edward “Baby Boy”) and Johnnetta Johnson (Cortez); four grandchildren, Cubbit Boyd (Trayvon), Marquez Johnson, Tania Dunbar and Brayden Graham; special grandson, Lorenzo Bowman, Jr.; three great grandchildren, Lorenzo Bowman, III, Lydia Bowman and India Aaron; one sister, Rosalie Evans (Melvin); one brother, James Johnson; one aunt, Aliceteen Brickhouse-Diggs; a special friend, David Black; one very special “god-sent son”, Marlo; one very special “son/nephew”, Kevin Johnson; and a host of other relatives and friends.
We will always cherish all the good memories in our heart.
We Will always remember Louise’s love and laughter.
Viewing Sunday, January 31, 2021 12:00pm - 5:00pm Metropolitan Funeral Service 7246 Granby Street Norfolk, VA 23505 Service WATCH SERVICE LIVE ONLINE Monday, February 1, 2021 10:00am Metropolitan Funeral Service Granby Chapel Interment Forest Lawn Cemetery 8100 Granby Street Norfolk, VA 23505 The family is following the CDC and State of Virginia guidelines for funeral attendance