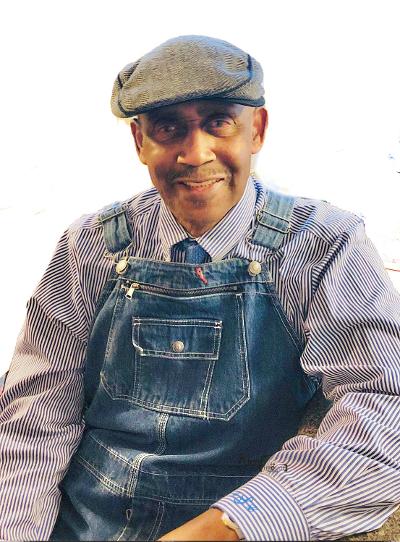 Garrie Cornelius Spivey, son of the late Thee Artis Spivey, Sr. and Hattie Drake Spivey, transitioned from his home to his new home in glory on Friday, September 18, 2020.

Garrie was educated in the Norfolk Public School System and graduated from Booker T. Washington High School in 1968. Following graduation, he enlisted in the United States Marine Corps in July 1969. Garrie served his country honorably and humbly in the Vietnam War, earning a purple heart.

He worked in several positions with the Federal Government and private contractors at local shipyards. Out of all of his employment experiences, his favorite job was working with his brothers (The Spivey Boys) as professional painters on residential and commercial properties. During his downtime, Garrie took advantage of attending Norfolk State College (now University) intermittently.

Garrie was blessed with a wonderful wife and former classmate Francyne Virginia Wilson Baker and her two lovely daughters and one handsome son, Garrie adored his wife and children, and their home was always filled with laughter and happiness. When their daughter, DeLisa Baker, died in September 1990, they adopted her newborn, Jasmyne Cornelia Spivey, and reared her to adulthood.

Garrie and Francyne dedicated their lives to Christ. They began a journey of ministering to the lost, broken-hearted, those who were ill, imprisoned, and bereaved. At the time of his death, he was an ordained pastor at Greater Grace Ministries in Norfolk, Va., under the leadership of Pastors George and Domergue Chavis.