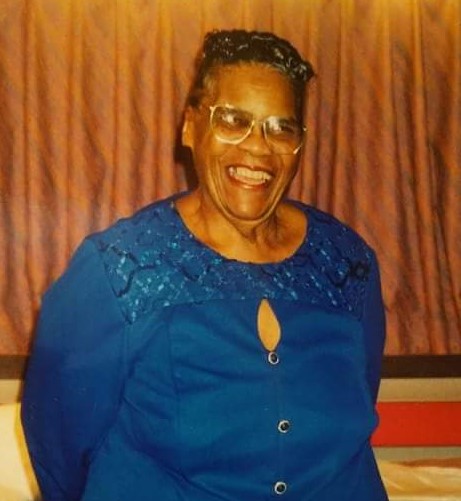 A Time to Live
Frances Virginia Montgomery was born on August 29, 1930 in Warrenton, “Warren County” North Carolina to the late George and Minnie (Boyd) Wooden. She received her early education in the North Carolina School System and the New York City School System.

A Time to Labor
Frances initially worked as a switchboard operator, then later as a teacher’s aide the job she loved most was working with children as a day care assistant. She also worked as a Health Care Aide. At an early age, Frances became a member of The Order of the Eastern Star,
Queen Ester Chapter, Brooklyn, New York.

A Time to Worship
She attended and was baptized at Pleasant Hill Baptist Church in Oakesville, North Carolina. She then attended, Friendship Baptist Church after her family relocated to Brooklyn, New York. In 1975, she relocated to Orangeburg, South Carolina. Frances became a member of St. Paul Baptist Church. She faithfully served there as a missionary, a member of the Baptist Training
Union, the Women’s Committee, taught Sunday School and Vacation Bible School. She also performed duties as the secretary for various other committees during her time at St. Paul Baptist Church. In 1991, Frances moved to Portsmouth, VA and in 2000, she settled in Norfolk,
VA where she joined and attended Calvary Baptist Church until her health began to fail. She loved gospel music, and she read her bible almost every day. She also enjoyed making sweet potato pies.

A Time to Mourn
Frances was preceded in death by all five of her siblings that she often spoke of so affectionately and missed so much; Anita Bland, George Wooden II, William Farrington, Ella Waller and Emma Davis. She was married to Paul Robinson from 1949 until his death in 1954, one daughter came from that union. In 1956, she met and married Prezzie Montgomery, from that union two daughters and two sons. They remained married until his death in 1987. Frances leaves to cherish her memory three daughters; Minnie Louise Baxter (Edward) of Poinciana, FL, Erin R. Montgomery of Waldorf, MD and Tasha N. Washington (Vashti) of Norfolk, VA. Her fraternal twin sons, Victor and Robert Montgomery, preceded her in death, seven grandchildren; Carlyle Robinson (Tracie) of Antioch, TN, Paulette Buggie of Brooklyn, NY, Mahlik Ishmael and Malachi Washington of Norfolk, VA, Amani McDaniel of Norfolk, VA and Maria Washington of Norfolk, VA, seven great- grandchildren, Paige Moore (Riceo), Carlyle Robinson, Jr., and Rion Robinson of Antioch, TN, Kujaun Patience and Chastity Barnfield of Brooklyn, NY and Komar Perry of Brooklyn, NY, three great-greatgrandchildren;
Jayce Ash of Brooklyn, NY, Gi’Ordano and Lailani Washington of Hampton, VA. Those who knew Frances well can attest to the fact that she loved God, her children, grandchildren, greatgrandchildren, and great- great grandchildren with every fiber of her being. She did whatever she could to assist her family whenever needed. She had a special place in her
heart for all her nieces and nephews, claiming all of them as her own. Her many cousins, other relatives, and friends will miss her dearly.

Frances also had a special place in her heart for two young ladies, Ms. Temeka Johnson and Ms. Shanika Cuffee. These ladies worked as her personal care aides for the past 10 years, and they developed a unique bond that only they could understand. They enjoyed working with Frances just as much as she enjoyed spending time with them. Many were drawn to her personality, wit, charm, and gentle God- filled spirit. She was also known as Cousin Cat and Aunt Mang. Frances was loved by many and will be eternally missed by those who were apart of her life.