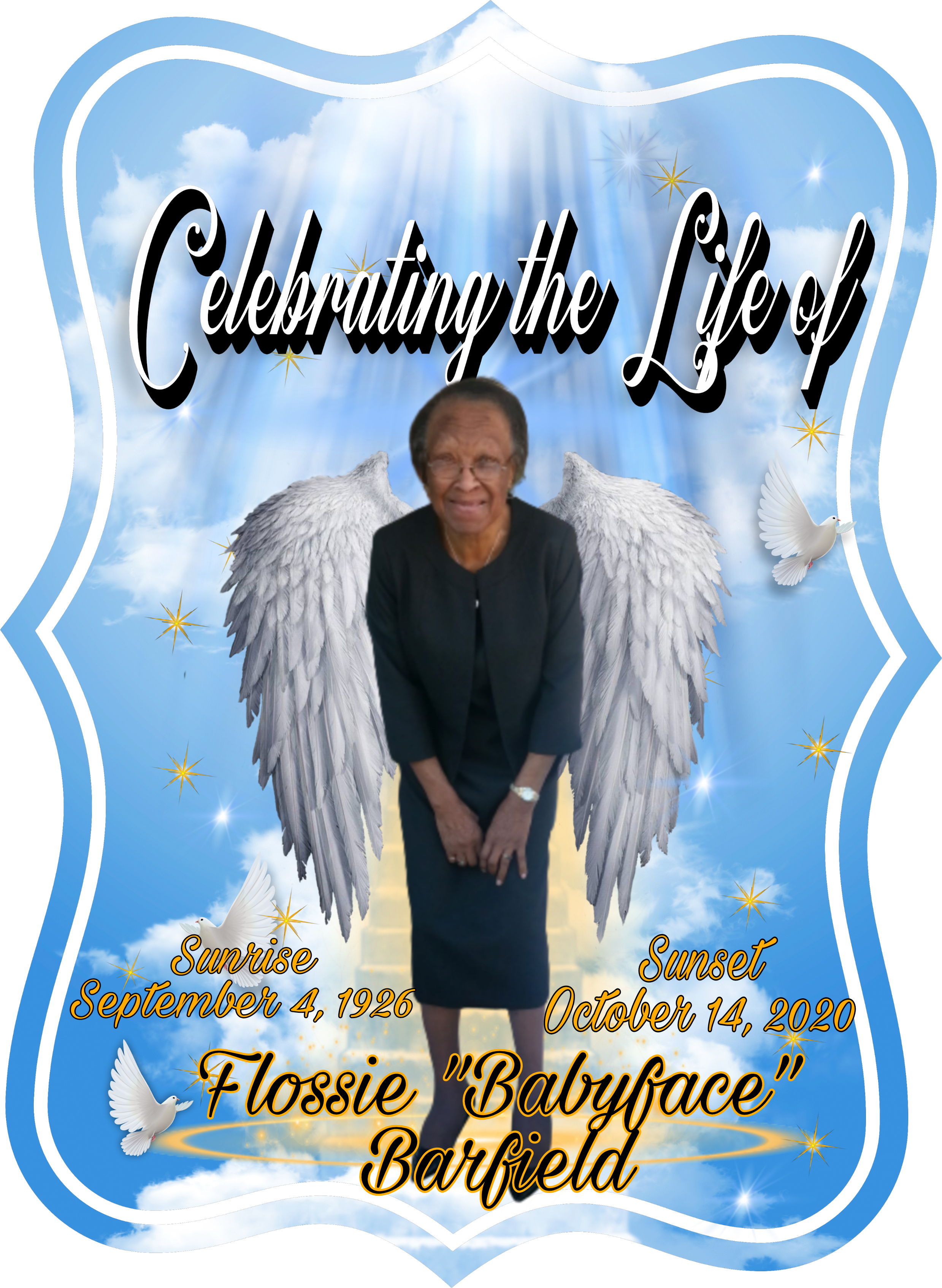 Flossie “Babyface” Barfield was born in Portsmouth, VA on September 4, 1926 to the late Laura Jackson Johnson and Charlie Johnson. She was married to the late J. Paul Barfield and had one son, the late Andrew L. (Sonny Boy) Johnson.  Flossie was the last of her siblings to be called home. She was preceded in death by her sisters, Hattie Inez Childs, Francis “SisMae” Watts (James Watts), Elsie Mae {Boo} Thomas (Robert Thomas) and her baby brother , Jimmy Johnson(Jessie Downing “Missy” Johnson).  She left 2 very special nieces, Sheila Tonge(Donald Tonge), Sharon Scott; 2 great nephews, Justin Tonge and Stephen Scott (Brianna Scott) and one great niece, Shadon Tonge; along with countless other nieces and nephews 3 generations long.

Babyface found her life long love in the cosmetology field. She was a beautician for her family and spent a number of years using her talents at Corprew Funeral Home, as well as Fisher Funeral home. If Babyface wasn’t braiding one of her niece’s hair, you could find her listening to gospel music in her kitchen frying chicken, making her famous homemade rolls and macaroni and cheese. She truly was an angel on Earth. She was the one everyone called on when we needed money,  were hungry or just needed to be prayed for.

Flossie went peacefully home to be with the Lord on October 14, 2020 at Bells Residential Care. Her life and legacy will live on through her host of nieces, nephews, great nieces and nephews for generations to come. This isn’t goodbye, we will see her later.