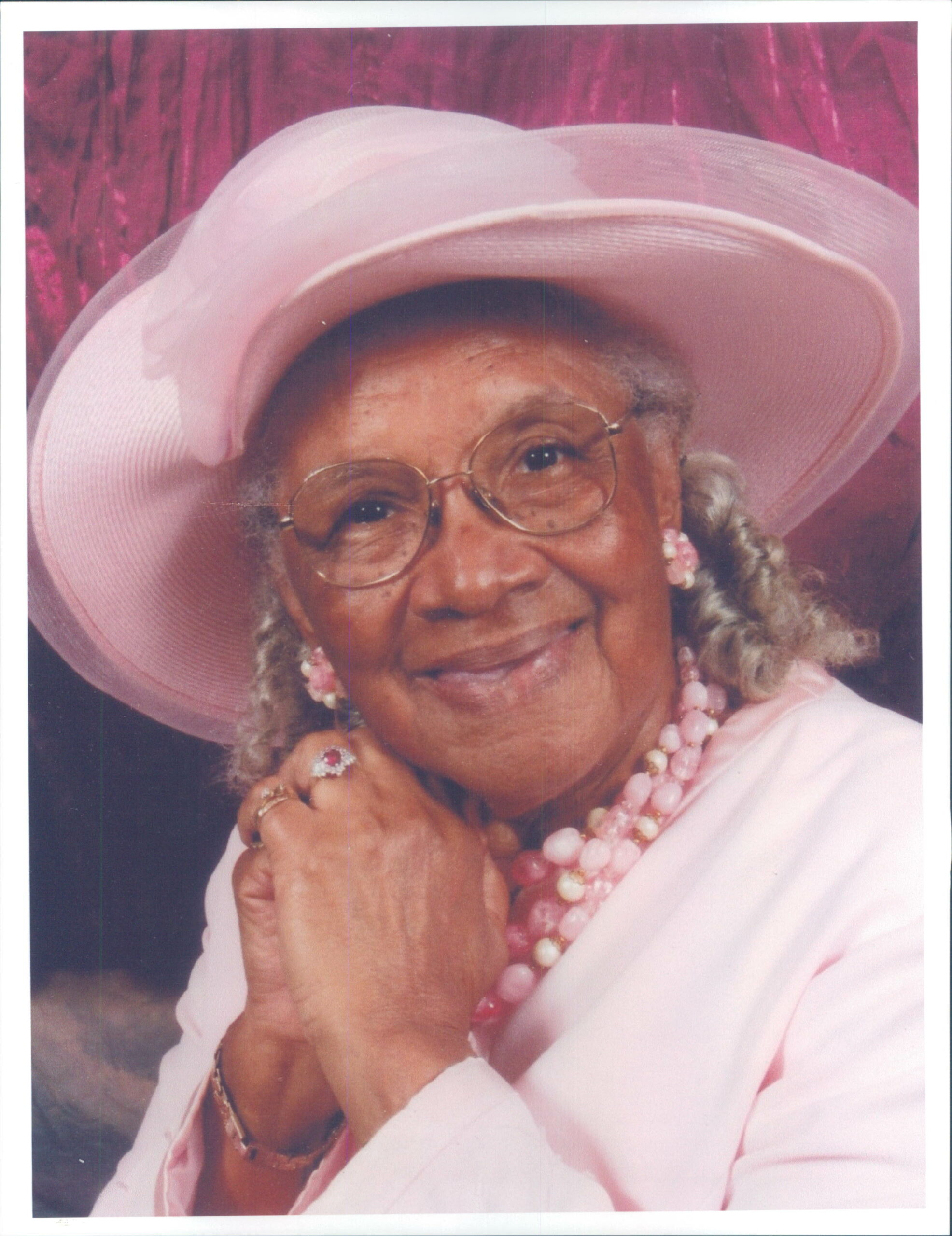 Florine Isabelle White was born on August 4, 1929 in Princess Anne County to Clarence & Gertrude (Green) White. Florine was the youngest of six (6) children; all who precede her in death. Theodore White, died at birth; Clarence White (Little Man) died 1/23/1989; Earl Floyd White, died 7/1/1991; Ulysses White (Tookum), died 11/12/1993; Michael White, died 2/10/1995. Her parents precede her in death, Clarence passed on 7/6/1964 and Gertrude passed 3/30/1981. She was the longest survivor of all their children. Florine was the only girl born to Clarence & Gertrude. Mama Gertrude said the only nickname she could call Florine was Candy because she was so sweet and beautiful. Florine holds dear memories of her parents and grandparents, Tom and Charlotte (Evans) Green. Candy recalled cherished memories of family members who precede her in death; Jane White, Earl White, Jr., James (Big Boy), Della White and Beatrice Robinson. Though there are those who have been called Home, the family continues to grow. The legacy of her life will live on for generations to come. Candy married Woodgee Cartwright Smith in Princess Anne County (now Norfolk) on June 2, 1946. From this marriage they had six (6) children William C Smith, Cleo Smith, Godfrey L Smith, Gertrude Smith, Florine Smith (died at birth) and Stella L Smith. She also welcomed her stepson Michael Askew. Until Woodgee’s passing on November 30, 1988; they celebrated forty-two (42) years of marriage. She felt so much love for her three (3) brothers and their children and grandchildren, her children, grandchildren, and great grandchildren- to see them all together was amazing. Candy was a hard working woman, in her early years she worked as a domestic home care giver, she worked alongside her husband, Woodgee’s, restaurant (Lee’s Drive Inn-named after his beloved sister) as well as working beside him at his adult living facility on 27th Street in Norfolk. She helped occasionally at Holiday Home, a facility for the mental ill. She helped with supervision and some training. Candy also worked for the City of Norfolk until her retirement in 1994; after seventeen (17) years of service. Candy was a dedicated and life long member of Olive Grove Baptist Church (Norfolk). She served joyfully over the years as a Sunday school teacher, usher, choir member, missionary member and Deaconess. She was the honorary Church Mother; a title she was pleased to accept and held in such high regards. She loved her church and her church family very much and even when she was unable to attend, she still took communion, a responsibility she took seriously as she said it gave her much joy and held everyone in her heart and told many stories of her time at Olive Grove fondly. It was her time at Olive Grove that gave her such cherished life long friends like Lola Mae Wilson, Arletha “Nit” White and confidant Margaret “Billie” Turner, all were her family members. Special recognition to her Pastor, Dr. Larry Williams, Sr; Minister Gladys Falcon; Deacon Wood; Deacon Ellis; Shelia Hawking; the Deacon & Deaconess Board; and to the late Pastor Joyce K. Martin who always gave time for the “Golden Girls”. Candy took time to visit, and took food to the sick and shut in, and went to see those in the hospital over the years. Candy leaves behind to cherish her memory are her children William Smith (Clessie), Cleo Rush (Henry, deceased), Gertrude Meeks, Stella L. Boney, and step son, Michael Askew, her grandchildren Sharon; William Jr. (Lisa), Shiryl Lynn (Christopher), Audreka (Andre), Vann (Monica), Emily (Louis), Robert (Jamie), Latoya, Markita, William Sr.’s; stepchildren Andrea Sutton, LaSalle Knight (Shantita), and Minister Shon Knight (Cheryl); her great grandchildren Rodney, Tenishea (Jared), Devon (Ary), William, Ill, Latisha, Andre (Cristin), Aaron, Amari, Promise, Robbie, Madison, Isaiah, Quincy, Michael, Mekhai, Samaria, Joshua, Lecia Knight, Rekita Sutton, and Ricky Sutton; her great, great grandchildren Rodney Ill; Mia; Elle, Andre Ill and Aiden Nichols. Shirley Mae Hibler, Linwood White, Alma (Lawson) Russel, Angela Lawson and a host of cousins, extended family members and family friend Betty Reynolds, and so many others. Her son, Godfrey Lamont Smith (Big Boy), precedes her in death. We would also like to thank all of Candy’s neighbors who checked on her over the years. Special thanks to our cousin, Charles Smith (Davidson Street), who looked out for Candy’s yard for many years. Candy’s children love you very much. Special thanks to her nephews (Woodgee Smith’s, niece Beatrice Norman’s children) Pokie and Monte Norman for always bringing her fresh vegetables and fish, and checking on her all through the years after Uncle Woodgee passed away. Special thank you to cousin, Valerie Gilbert for always being there for Cleo Rush and family. A warm heartfelt thank you to her granddaughter, Audreka Hairston for taking care of her with such kindness and compassion.