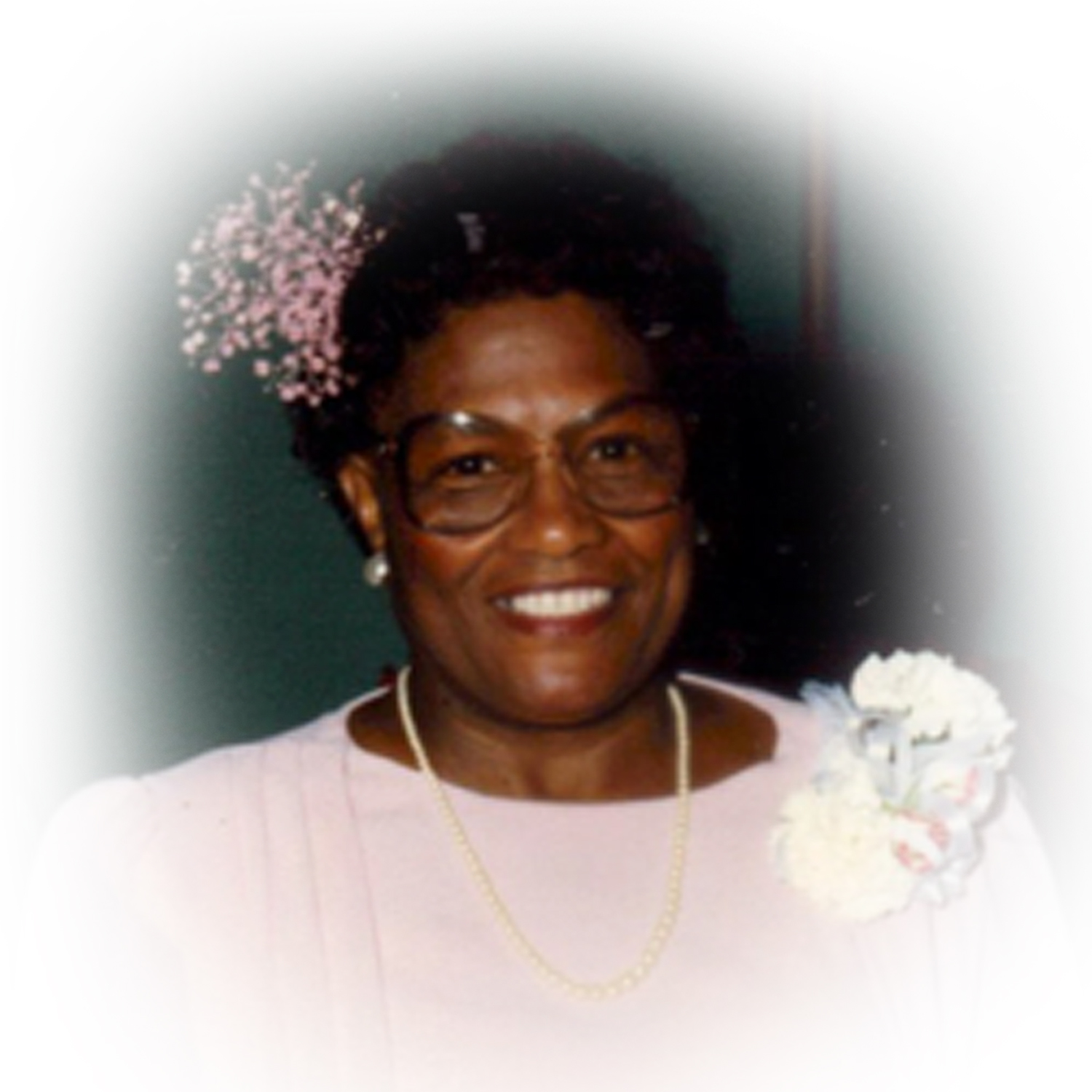 Mrs. Eunice Nadine Baker, affectionately known as “Bopeep”, was born in Stony Creek, Virginia on September 28, 1928. She was the sixth of seven children born to Lola and Amos Booth. She was reared and educated in Dinwiddie County, Virginia and graduated from Dinwiddie Training High School in 1946. At the age of eighteen, she relocated to Norfolk, Virginia. Upon arriving to Norfolk, she met and later married John C. Baker, Sr. and shared in the nurturing of eight children, two of whom predecease her. The Lord called home John Baker, Sr. in 2004. She was employed as a Nurse’s Assistant at DePaul Medical Center and retired in 1993, after 25 years of devoted service. Eunice accepted Christ at the age of nine and was baptized at Little Zion Baptist Church, Stony Creek, Virginia. She later joined and reared her children at First Baptist Church, Logan Park, Norfolk, Virginia at an early age, and was an active member until her health failed. She dutifully served in the Missionaries Ministry, Nurses’ Unit, Perry Madison League, Women’s League, and Women’s Fellowship Ministry. In September 2008, she was inducted into the prestigious Four Score Club, established for church members aged 80 and older. That same year, she was selected as one of several honorees by the Women’s Day Committee for her service to the church and community. In 2013, she was honored and received a certificate of appreciation from the Missionaries Ministry. Outside of church, she was a member of the Order of the Eastern Star, Rising Sun #32, and was an NAACP Active Supporter. At 93 years old, Eunice was the oldest female member and matriarch of the Booth/ Rose/Baker families, and has been honored for this distinction on numerous occasions. Her daughters, Gwendolyn Baker and Renee Crandle and siblings, George, Lawrence, Calvin, Lloyd, and Malelia predecease her. Left to cherish her memories are five sons, Lloyd Baker (Gloria) of San Diego, California, John Baker, Jr. of Norfolk, Virginia, Michael Baker (Theresa) of Chesapeake, Virginia, and Tony and George Baker, both of Norfolk, Virginia; one daughter, Karen Copeland (Michael) of Norfolk, Virginia; one sister, Virginia Garris of Norfolk, Virginia; sister-in-law, Myrtle Person of Chesapeake, Virginia; brothers-in-law, Kenneth Baker (Prestine) and Roger Baker, both of Norfolk, Virginia; daughter-in-law, Phyllis Baker of Portsmouth, Virginia; son-in-law, Gene Crandle of Norfolk, Virginia; special daughter, Bernice Baker of San Diego, California; and a host of grandchildren, great-grandchildren, great-great grandchildren, nieces, nephews, and cousins. As a woman of God, Missionary Eunice Baker set the example, and made it possible for others to prepare for the mission of doing God’s work. Her gentle heart and loving demeanor encouraged many that often sought her guidance. Jesus has swept before, behind, and through this courageous woman. She stood the test of time through faith, determination, commitment and dedication to God, family heritage, and love for people. Her favorite scripture is Psalms 23, and her favorite quote is, “The Lord didn’t bring me this far to leave me now. I thank God for keeping me.” We salute a wonderful, loving, servant of God!