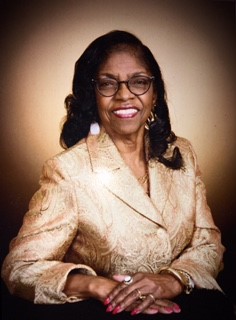 Children of the Bowe family were taught the Word of God from their parents, Sunday School, and church, and as a result they were talented in many areas.  Music Art and Carpentry were a few among many.  Their father bought the family a piano, where many adventures in music began.  The children who were interested took lessons, and Essie’s musical journey began here.

The Bowe Family recognized that no matter their talents, their help “cometh from the Lord, maker of heaven and earth.”  It was simply a natural fit that Essie would  become  a Teacher, Choir Director and Minister of Music.

While the United States was celebrating its independence  from the monarch of Britain with star spangle banners, Essie was making her arriving July 4, 1948.  Fireworks could be heard from a distance, as the cries of Essie taking her first breaths were beginning.

Essie’s musical journey began in her native home of Portsmouth, VA, where she began early piano lessons and continued with other instruments throughout the Portsmouth Public City Schools.  While refining the sounds Voice and Piano, she went where many girls didn’t go, taking on the Bassoon at her band teacher’s suggestion at I.C. Norcom High School, Class of ‘66.  She played in concert and marching band.  Having met the Bassoon with dedication to play it superbly, she proved that she could add another sound to her repertoire of instruments.  This commitment paid off, and won her a scholarship to Norfolk State University, where she later earned a Bachelor of Arts Degree in Public School Music Education in 1971.

Deciding to move  to the Washington, DC area, Essie  first worked at the Dawn to Dusk Nursery.  Later she taught in the Fairfax County Public Schools as a Music Teacher, Fort Belvoir ES, Hybla Valley ES, and Whitman MS retiring in 2002.  She taught students a  variety of sounds within music instruments, as well as their own voice.  Her choruses won many competitions, as she always gave them a humorous directive:  “Don’t give me 100%, give me 110%.”  Even today, students still speak of Essie  as they continue to appreciate their encounter with music far beyond the notes, for they remember the caring way she taught it to them.  Also, during this time, Essie  furthered her studies in music, as she did graduate work at the University of the District of Columbia and the University of Maryland.

In addition to her school career, Essie  directed, accompanied, and  served as Minister of Music for churches in the Washington Metropolitan Area.  She was involved in planning and performing seasonal programs for schools, churches and civic organizations.  She once stated,” As the choirs lift their voices, bringing their spiritual energy by song, their dedication inspires my willingness to serve.”

Always willing to share her talents, she taught private piano lessons to students.  In 2007, she started Music in Variations, branching out from piano lessons to other instruments, where students look forward to their recitals she would host.

With a full life and fashion always on her mind, she started an accessories business and would feature, “Accessories by the Pool” where friends and family could shop.  This was always a hit, as people always loved her fashion sense.  Keeping beauty, fun and fashion on the horizon, she modeled with Thrift Sophisticates Modeling Group.

Still having more to give, Essie was a member of the Alpha Kappa Alpha, Inc. Zeta Chi Omega Chapter, where she was a Golden Soror, actively giving back to her community.

Essie was currently a member of Mt. Sinai Baptist Church in Washington, DC, making musical contribution to the Women’s Choir.

Essie B. Matthews – A life of talent, warmth, and giving.