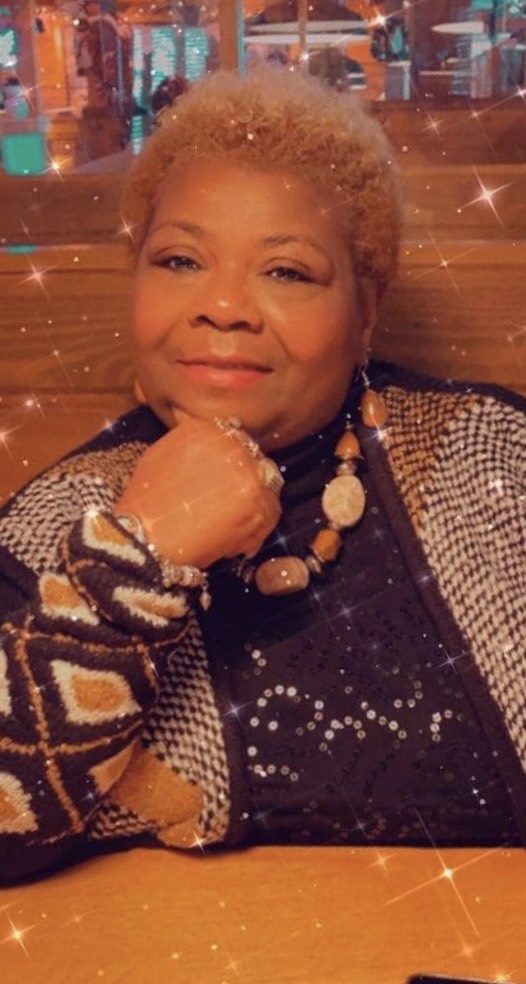 Ellen Maronica “Pache” Porter went home to the Lord on August 2, 2022. She was born in the Hattonsville section of Portsmouth to Evelyn Boone Porter and James H. Porter, Sr. on October 11, 1962. She was the youngest of 12 siblings. Her mother passed away in 1964 when she was only 18 months old, and so her upbringing was mostly shaped by her older sisters. This positioned her to not only be the “fun aunt” but the bonus big sister to a host of treasured nieces and nephews.

Ellen began her education in Portsmouth Public Schools and later attended Norfolk Public Schools after the family relocated to Norfolk. She was employed as a supervisor in the housekeeping department of Navy Gateway Inns & Suites until her health declined.

“Pache” was predeceased by her parents, a sister, Gloria Jean Porter, and four brothers, James, Jr., Ronald, Leo, and William Porter. She leaves to cherish her memory two daughters, Joy and Kellie Porter, five sisters, Nora Lee Brown and her husband Vernon of North Plainfield, NJ, Earlean “Tonie” White, and her husband Nelson of Norfolk, Jacqueline McCoy of Norfolk, Blanche Coker and her husband Arlo of Philadelphia, PA, and Estelle Newkirk and her husband John of Plainfield, NJ., and a brother Dwayne Porter and his wife Sandra of Jacksonville, NC. Also devoted life partner of more than 20 years Byron Woods, and a multitude of nieces, nephews and cousins.