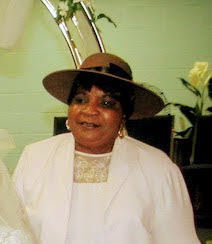 Ellen left this earth, but she lived a full and busy life.