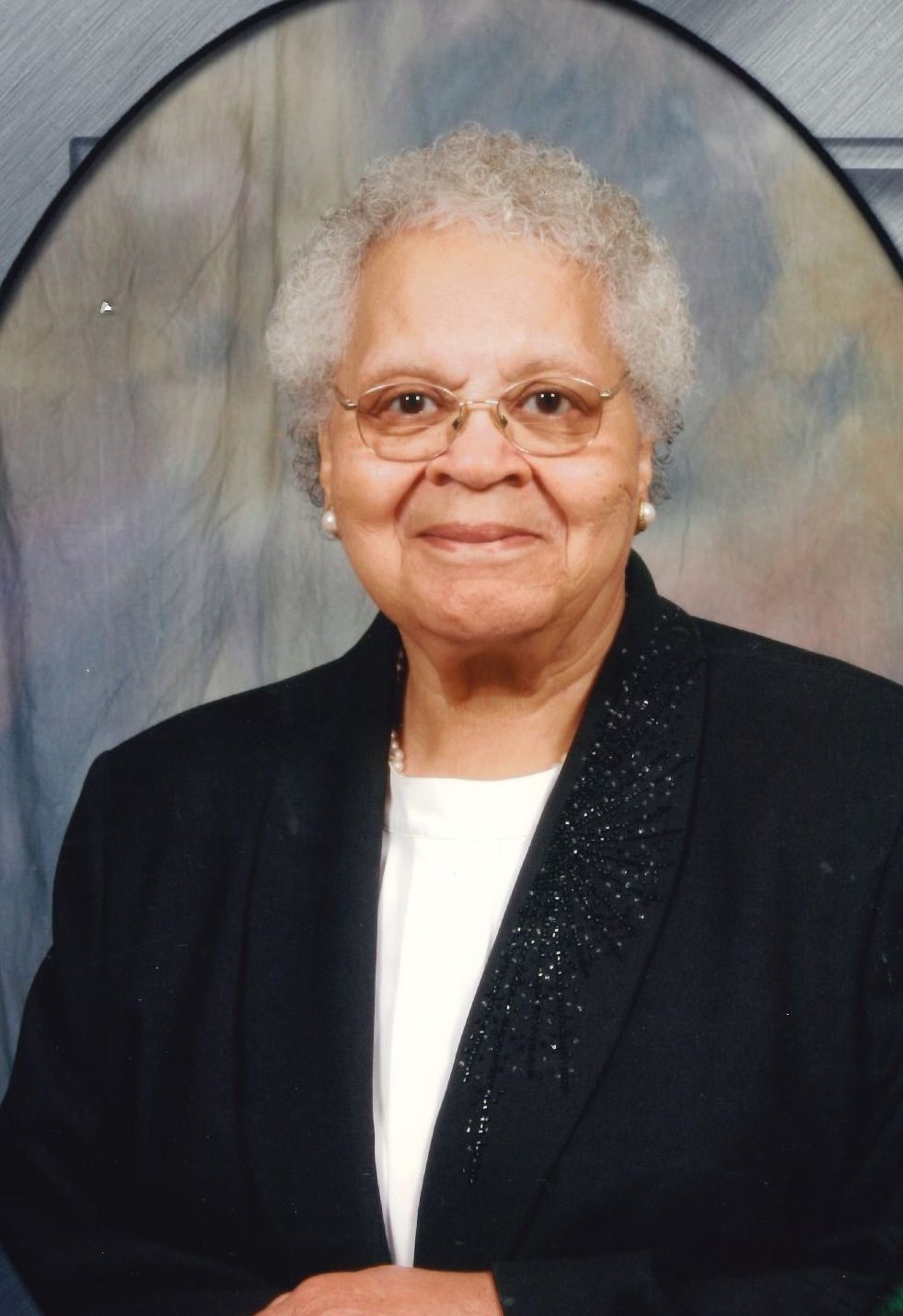 On Tuesday January 26, 2021 just before the breaking of dawn, as the earth and all therein prepared to receive the light of a brand-new day.  The rolls were counted, and it was found that our beloved Ellen Freeman’s name was not found thereon.  For the Lord had appointed and sent His provision that she might be loosed from the bonds of this world, to ascend on high and be carried into His loving hands.

Ellen Freeman (Momma) to all who knew her, was born in Nansemond County, in Olde Holland Virginia, to Willie Edward Johnson and wife Katie Rebecca Williams. They were proud farmers in what we now call Suffolk, Virginia, bringing in the yearly harvest as the Lord blessed them.

Their hope for her, to live an abundant and blessed life of her own, and to embrace children of her own in the city.  So, they gave their precious blessing to Luther W. Freeman to wed, on December 1, 1942, a man whose chest could barely contain the size of his loving heart.  Through this union the Lord blessed even the more with four beautiful daughters and three handsome sons (in order) Mary Gallashaw (Deceased), Luther D. Freeman (Deceased), Barbara Whitfield (Deceased), Willie E. Freeman, Laverne Walker, Jacqueline Jones, and Jeffrey L. Freeman (Deceased).

Through God’s grace, Ellen saw 91yrs. of history unfold and created a legacy of her own.   It was through hard work and determination that she helped provide for her children.  She saw the task before her and rolled up her sleeves.  She took whatever work she could find to help the household to ensure her family’s needs were met.  She drove for a local daycare center, studied nursing assistance, cooked in a restaurant, and worked as an environmental services provider for General Electric.  However, because of her upbringing, devotion to God was instilled in her at an early age.  So she served with vigor in the House of the Lord.  First as an usher, the ministry of helps, and then ascended to the Mother’s Board of The Twine Memorial Holy Temple, where she first joined in 1954. She will be well missed. She has 13 grandchildren: William Barkley, Reginald Gallashaw, Timothy Gallashaw, Jerome Freeman, Lisa Freeman, Gerald Whitfield (Deceased), Javon Whitfield, Garrelle Walker, Jermaine Walker, Jerod Walker, Victoria Jones, Dominic Gordon, Christopher Jones and a host of great-grandchildren.

To those who remain she would most likely say, do not cry for me. I’ve lived a long and blessed life, Trust in the Lord and the Power of His Might.