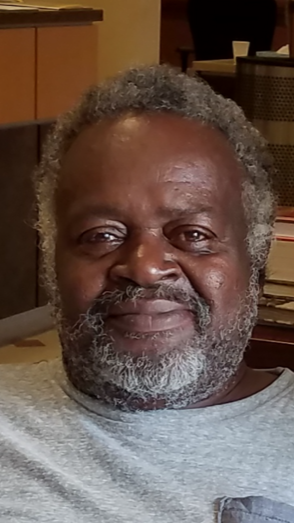 Edward Leon Neal was born May 24, 1956 in Somerville, Tennessee. He was the fourth child born to Eva Mae Neal and John Thompson (deceased). Edward was baptized at Alexandria Baptist Church at an early age where he accepted Jesus Christ as his Lord and Savior. He was raised in Somerville, TN and later relocated to Cleveland, Ohio where attended East High School, then he joined the U.S. Army in 1974 and served two years. He was a quiet man, but he enjoyed music, reading, watching
T.V., and drinking his coffee.

He is survived by his mother, Eva Mae Neal, his sisters, Maxine Grigsby, Eva Bush(Mike) Sandra Jones, and Tawanna Neal, his nieces, Latoya, Ashley(Keith), Brittany, and Tasia, and nephews, Jeffery, Jason, Christopher, Stephen, and Alfonzo as well as a host of aunts, uncles, cousin, and great nieces and nephews.