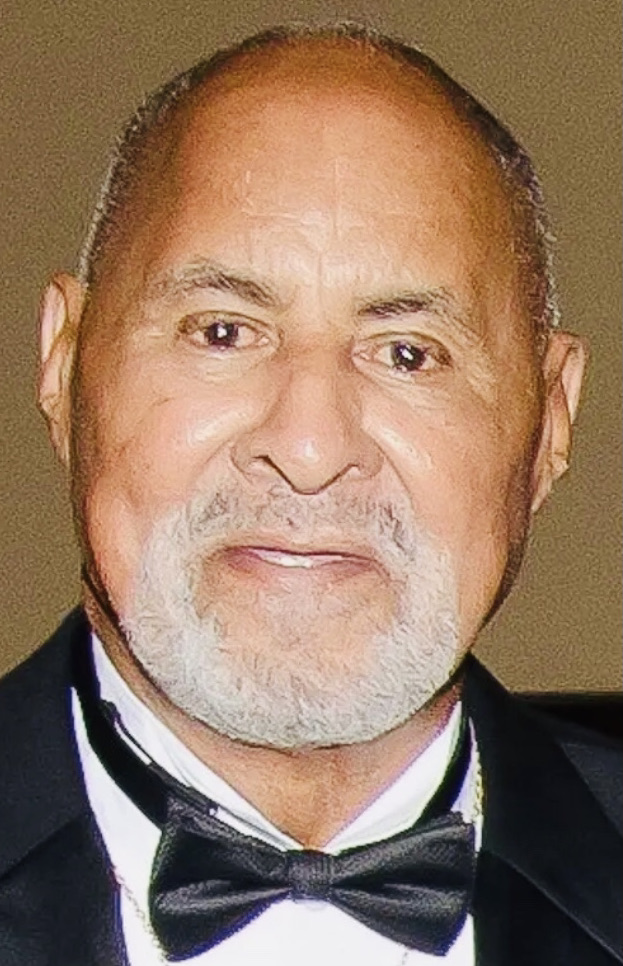 Edward Garland Gallop (aka Punkin, Dr. EGG), 77 years old, slipped into eternal rest on February 15, 2021. He was born in Norfolk, Virginia on July 12, 1943, the first born of the late Alfred and Althea Gallop. Edward attended public schools in Norfolk and Chesapeake, Virginia and graduated from George Washington Carver High School in 1964 where his classmates voted
him as “Most Likely to Succeed”, “Best Dressed”, and “Best Dancer”. Edward joined the United States Army in 1965, received his training in Germany, and was certified as an Army Tank Mechanic. After completion of his tour, he received an honorable
discharge in 1971. Upon returning home, he attended Norfolk State University for two years.

After college, his career path led him to several avenues of employment, including working with the Norfolk and Western Railroad. Along with his brother, Michael, he founded AA Towing Service and had a body-repair shop in Portsmouth, VA. As the owner operator of AA Towing, he became the first African American to receive a towing contract from the City of Norfolk. His
final employment was with the International Longshoreman Association Local 1970 where he worked until he was injured and retired in 1992.

Edward was charming and a great talker on many different subjects. He was a smart dresser and frequently looked as if he was stepping out of GQ magazine. He was very family oriented; it was very common to see him and his momma cruising around town together. His love of fancy cars and motorcycles led him to found the Corvette Club of Tidewater along with his brother, Michael and becoming a member of the Tidewater Rider Motorcycle Club. He was a member of the Virginia Camping Cardinals RV’ers Camping Club, the NAARVA RVer’s Club, and a member of a social club, the TUX Club, Inc., for more than 20 years. He loved traveling in outfit of choice (pajama pants, tee shirts and shoes of comfort); whether it was by plane, train,
car, motorcycle, and of course, his RV, that he often used to travel the country to attend Bike Meets.