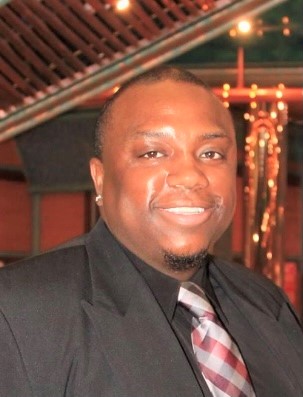 Earl Leander Benson was born December 12, 1988 in Portsmouth, Virginia. He was the son of Evelyn Woods(Donald Woods) and Errol McCloud. He was the youngest of four siblings. Earl was a 2007 Graduate of I.C. Norcom High School and soon after he attended Virginia State University, where he obtained both a Bachelor degree in Engineering in 2011 and Masters in Project Management 2013.

Earl accepted Christ as his Lord and Savior at an early age and became a man of great faith and virtue, using and believing in the power of prayer in every aspect of life. He was a member of the New Testament Church in Portsmouth.

Earl was a kindred spirit and would light the room up with his smile and vibrant personality. His warm loving heart touched everyone he met. He left an impression no matter where he went even if you knew him for years or just one day. Earl was a mentor for young kids of his community in Tidewater area, assisted with coaching Football and also became a Resident Assistant for Freshmen males of Puryear Hall at Virginia State for several years. In 2012, Earl became an employee of Amazon where he presently worked as a Logistics Specialist. Earl will be deeply missed by so many people.

Earl was preceded in death by his grandparents, Audrey Hampton and Ida McCloud.

He left to cherish his memory; his mother and father, Evelyn Woods(Donald Woods) and Errol McCloud; his fiancé and mother of his children, Brittney Walker; his children Elijah Benson(8) and Brielle Benson(1), his siblings, Travis Carter, Lakeisha Stevenson (Jesse), Shameka McCloud and Demitri Benson; also his Aunt Dara Benson; Elaine McCloud and Felicia McCloud; a host of nieces and nephews, and other relatives and friends.