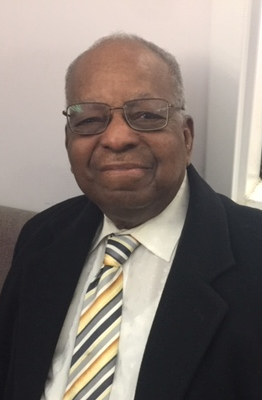 During James’ developmental years, the Robinson family lived in the expansive Lambert’s Point community of Norfolk, Virginia, where he graduated from Booker T. Washington High School Class of 1952.   Next, fortified by his mother’s relentless support and believing education was the path to success, he embarked upon an extraordinary, life-changing education quest and career.  However, while pursuing his degree at Virginia Union University, James was drafted into the U.S. Army, where he served in the continental USA and overseas, and received an Honorable Discharge.  Nevertheless, James was not to be discouraged from his quest for education. He received a Bachelor of Science degree in biology and chemistry from Virginia Union University, a Masters of Arts degree in Educational Administration and Supervision from Hampton University, a Certificate of Advanced Graduate Studies (CAGS) in Educational Administration and Supervision from Old Dominion University, and a Certificate of Advanced Graduate Studies (CAGS) in Educational Leadership and Doctor of Education degree from Virginia Polytechnic Institute and State University (Virginia Tech).

Dr. Robinson was one of the most conspicuously dedicated individuals of Chesapeake, Hampton Roads, Commonwealth of Virginia and globally; and he leaves an indelible mark on the entire community and region.  James was superbly organized, very bright, intellectually curious, and most articulate. Highly motivated towards achievement, James demonstrated a remarkable sense of problem-identification and analysis, which enhanced his skills at problem solving.  He did not seek the routine of administration, but rather anticipated problems and applied his leadership skills.  He, as perpetual coach and mentor, envisioned his role as the community leader and organizer who continuously put the citizens and the community first.  At all times, he was a tenacious community advocate and promoter who had the uncanny ability to look beyond the present day issues, circumstances and environments to see a brighter future for everyone. Furthermore, as a lifetime member and Trustee of First Baptist Church of Lambert’s Point, he understood it was the church’s and community’s responsibility to provide the leadership where no one was left behind. He was always on a crusade to make everyone’s life better.

Dr. James H. Robinson Jr. was an inspiration to all who met him, always ready to make you smile, truly ready for any reason to support a noble cause, always took the time to ask how you were and really wanted to know. His memory will be cherished by all.