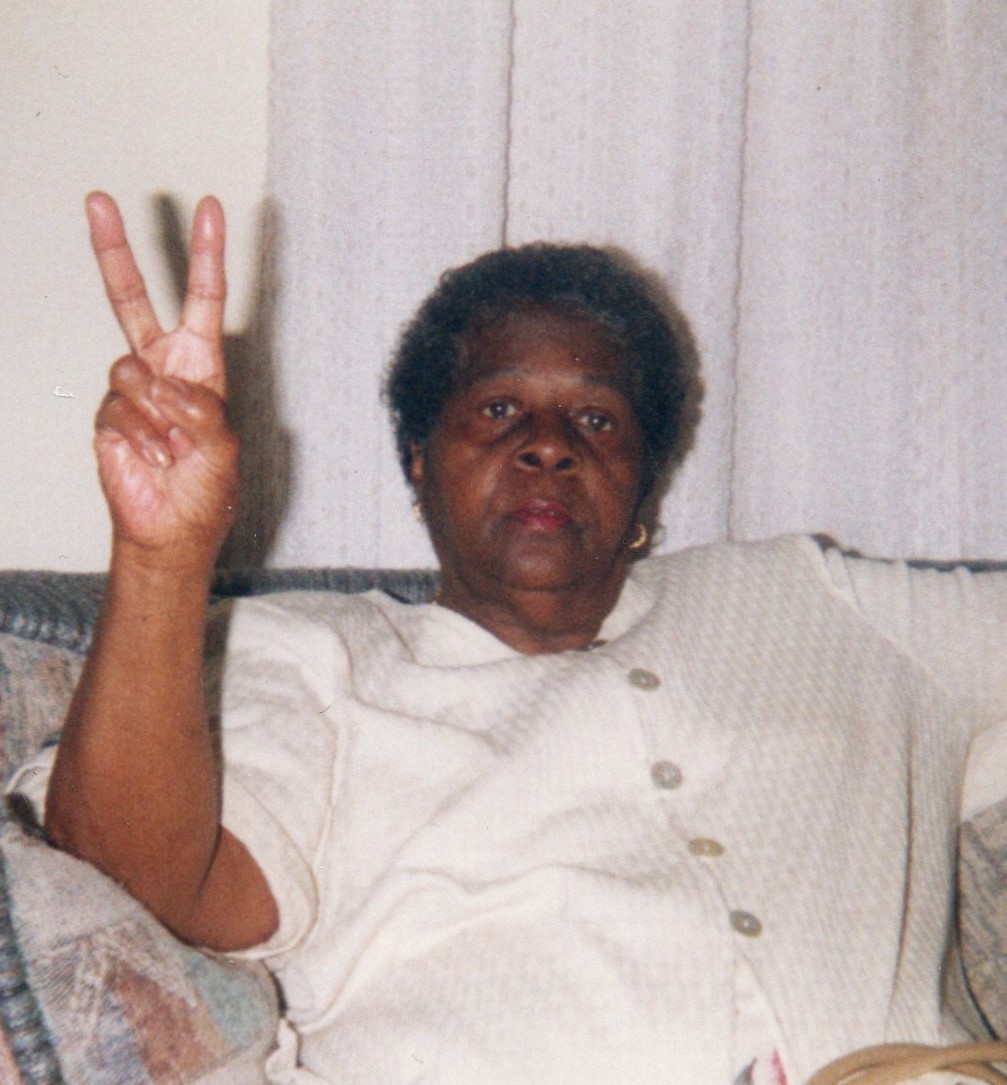 Dorothy Lee Matthews was a loving mother, faithful sister, a fighter, champion cusser, a cook extraordinaire, self-proclaimed Jack-Of-All-Trades, and a teacher who demonstrated through word and deed the importance of loving our beautiful black selves.

Dorothy was born on February 6, 1932 to the late Clara Bell and Watt Haskins. She was the fourth of six surviving children, following after William “Thomas” Haskins, James “Jimmy” Haskins, and Mary “La-La” Lewis and coming before Ruth Haskins and Lorenzo Haskins, all of whom have preceded her in death. The consummate middle (girl) child, Dorothy loved attention, which she garnered with her spunky attitude, witty sense of humor, and her unfiltered tongue. She had a way with words, especially the four-letter variety, which she could string together in the most awe-inspiring ways, that could leave you in stitches, running for cover, or, if you were lucky enough to have her bestow a verbal lashing upon someone on your behalf, feeling as though you were the most cherished and protected person on the planet.

As a mother, there was nothing Dorothy would not do for her children and grandchildren—except . . . buy them white dolls. One of her pet peeves was seeing black children clutching white dolls. She was unapologetically black long before phrases like “melanated gods and goddesses,” “black girl magic,” and “black boy joy” came into vogue. She instilled in her offspring the importance of surrounding themselves with positive images of blackness that affirmed their humanity and their sense of self-worth.

The Lord called Dorothy home on Thursday, August 22, 2019. Although she will be missed dearly, her family takes comfort in knowing that her earthly sufferings are no more and she is reunited with her husband, siblings, and parents.