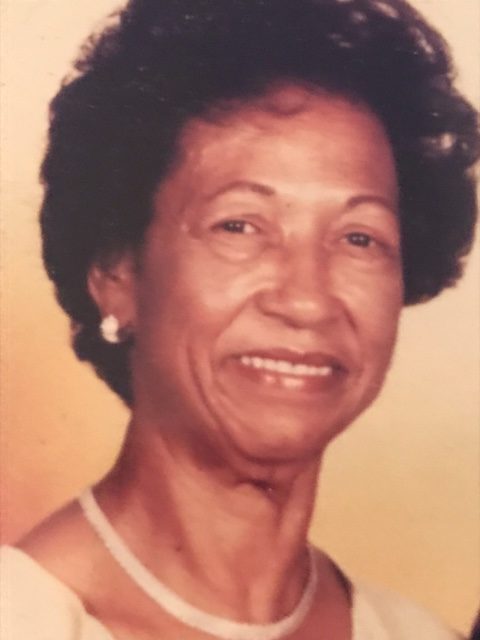 Doris W. Babbs heard the call of the Lord and accepted his hand into the gates of heaven on May 29, 2021. Doris was born on April 1st, 1937 to Arthur and Viola Willey and became one of eleven children: Henry, Rosa Lee, Alice, George, Edward, Clarence, Earl, James, Doris, Lenora, and Esther.

Doris married young and during that first marriage she was blessed with two daughters, Sharon and Stephanie. Unfortunately, the marriage didn’t last and she found herself a single parent working several jobs to take care of herself and her two girls.  She would often say “If it weren’t for my Sister-in-law Bernice watching my girls while I worked, I would not have made it”.  she was forever grateful for that. Eventually, she would be introduced by her father to a military man named Sherman Babbs, who later became her husband. They were also blessed with two children, Preston and Robin and were married 56 years until his passing.

At the age of 41, Doris decided to pursue a dream and become a Certified Nursing Assistant (C.N.A.), but first she had to get her G.E.D. so she decided to forgo the class and simply take the test and she passed.  She said that she wanted to work with the elderly and accident survivors which is what motivated her to obtain her certification.

The name “Doris” means Gift or Bounty and everyone who came in her presence knew she was just that.  Her kindness, generosity, and loving spirit was bountiful and the way Doris made everyone feel around her was a genuine gift.  Anyone fortunate enough to come to her home, was immediately made to feel welcome and if they came more than once, they were family.

Doris was the last of her family unit to be called home.  There to receive her is her daughter Sharon Roach, Grandsons Linford Roach and Grayson Babbs, and Sherman Babbs, her husband.

Finally, we wish to recognize Mrs. Ida Mae Cromuel and Linda Wright for their unwavering friendship to our mother. Clarence Willey Jr., thank you for being there whenever you were called.

Robin, I stand in awe of you and have no words for the Love and Sacrifice you gave Mom in her last years!!  I love you sis!! ~ Preston