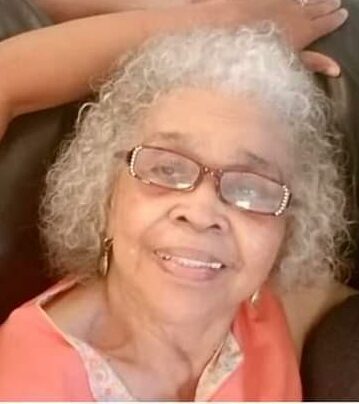 Doris was born on October 1, 1931, in Norfolk, VA to Benjamin & Esther Patterson.  She attended Booker T. Washington High School.  Doris had a knack for sewing and pursued a career as a tailor.  She was employed at Cavalier and Liberty Cleaners and as a Dietary Aide for Norfolk School system until she retired.

During her earlier years, she was a member of the Shaars Social Club”, and she loved playing BINGO.  In her later years, she enjoyed playing “Phase 10 and Scrabble” with her family members and thoroughly enjoyed sharing her wisdom with her grand and great grandchildren who simply adored her, just as she adored them.

She was a family person and believed in treating everyone with love even if the love was not returned.  She believed that if God was in the center of our family, nothing could come between us.  She was a selfless person and was always willing to give, even if it meant denying herself.

Doris accepted Jesus as her Lord and Savior and joined Olive Grove Baptist Church, where she served on the Usher Board and on the Hospitality Committee for many years.  She loved the Lord and made sure he was first in her life.  On a limited income, she always made sure she gave God his portion first, by paying her tithes and offerings and she also gave to charities faithfully!  Doris prayed daily and did her devotions, EVERY NIGHT before going to sleep.  She constantly reminded her family to pray, accept Christ and give to others no matter what.

Doris was an excellent cook and known by many for her scrumptious meals, especially “A NICE HOT FISH”.  She enjoyed cooking for her family and friends and opened her home for many summer and holiday family gatherings.