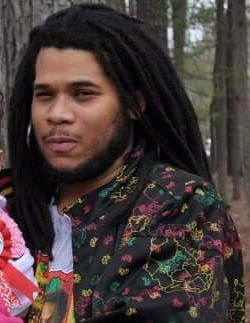 Early Saturday morning on November 9, 2019, our loved one Dmitri Watson was called home to rest. He was born in Portsmouth, Virginia. Dmitri is the son of Leary Wilkins, Doris Watson and his stepfather Raymond Forbes and a loving father to his daughter, Gianna Watson.

Dmitri grew up in Virginia Beach, he was a kind hearted person with a down to earth personality and a infectious sense of humor, that made everyone he came in contact with LOVE him immediately. He graduated from Salem High School in 2005, then went on to further his education at Tidewater Community College and Virginia Beach Technical Center. He had a gift for music, he was self-taught on several instruments, the guitar, the synthesizer and he also took drum lessons for three years. His passion was to be a chef. Dmitri worked at Montego Caribbean Restaurant along Randy, Chef Roger and Chef Cleveland Dmitri always admired and looked up to his brother, Dominique.They had a close bond and would talk and laugh for hours.

He leaves to cherish in memory to all of whom he loved dearly, his daughter, Gianna; his mother, Doris; his stepfather, Raymond; three brothers, Dominique, Randy, Jermaine; one sister, Keara Forbes; and a host of aunts, uncles, nieces, cousin, relatives, many countless friends and co-workers.

Do not fear, for I have summoned you by name; you are mine. ISAIAH 43:1