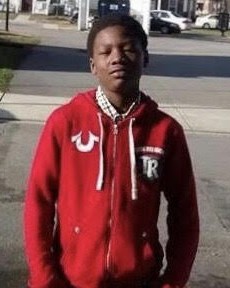 A limb has fallen from the family tree that says, “Grieve not for me, remember the best times, the laughter, the song, the life I lived while I was strong”. Demon’ta L. Faircloth affectionately knowns as “Doo Doo” entered eternal rest on Wednesday, October 3, 2018. Demon’ta was born on May 31, 2002 in Norfolk, Virginia.

He attended Portsmouth Public Schools (Woodrow Wilson High School). He was a beloved son, brother, uncle and friend.  He was the third of seven children. Demon’ta had a wonderful spirit that affected all that he came in contact with.  He will be sorely missed by those who loved him. Demon’ta was very athletic, he enjoyed all sports, football, baseball and running track.