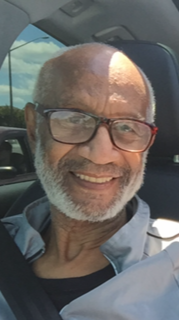 On Wednesday, October 2, 2019 our Father, grandfather, brother and uncle, David Warren Whitaker departed this life after a brief illness. He was a native of Norfolk, Virginia, born January 14. 1946. Baptized at the age of 12 at Shiloh Baptist Church,
David also attended John Goode Elementary, Ruffner Middle, and was a graduate of the 1964 class of Booker T. Washington High School. After which, he attended Norfolk State University and participated in the JROTC.

David was drafted into the United States Army in 1966. He served until to 1969, and is a Vietnam War veteran. He was also an Army reservist until 1977. He was a successful insurance representative with Prudential Life insurance before settling into a career of sales with Haynes Furniture store as a top sales agent, and finally Sales Manager. His career and natural “people personality, conversationalist” demeanor took him to the Eastern Shore of Virginia for 10 years where he successfully managed Myers and Tabakin furniture before his retirement in 2008. An avid lover of dancing and socializing, David could always be found at the pool table, playing miniature golf, bowling, or fishing and crabbing. And of course, he rooted his Philadelphia Eagles on every Sunday and Monday night no matter where he was. He was the perfect example of being the Life of the Party, and Always having a good time!