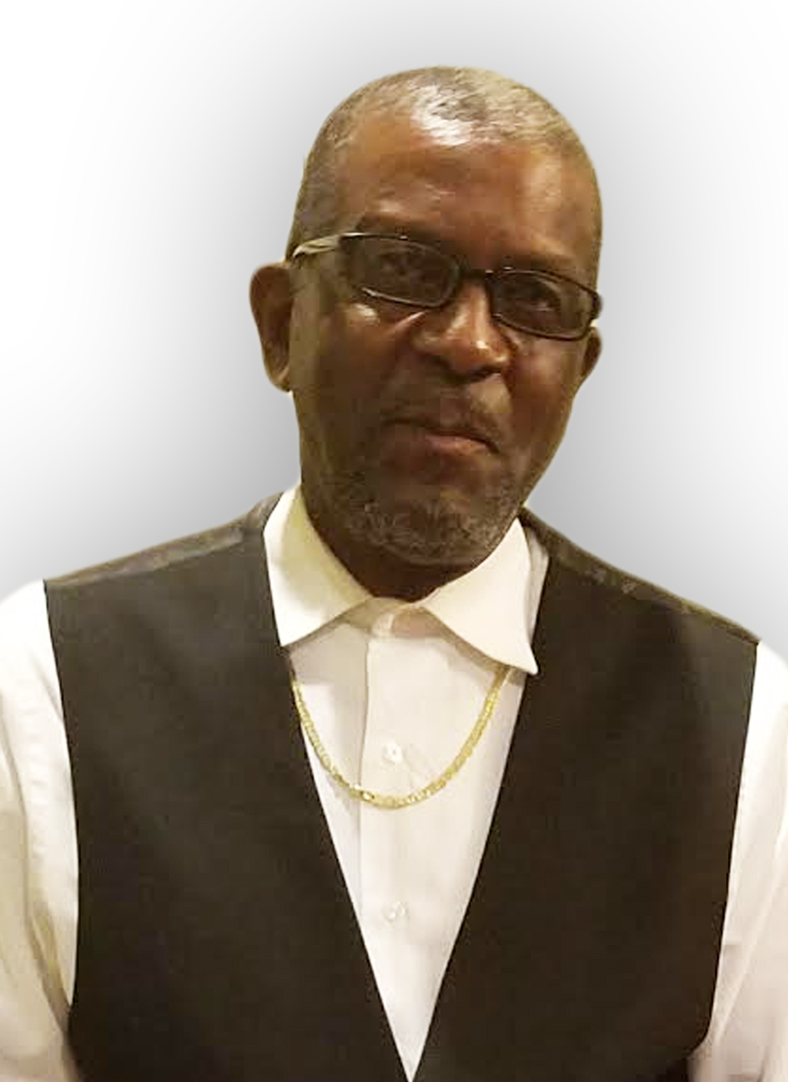 Daniel B. Williams, 67, returned to his heavenly home on January 10, 2021. He was born to the late Rudolph U. Williams, Sr. and Minnie Pearl Williams in Princess Anne County (Virginia Beach), Va. on November 18, 1953. Known by many as “Sharp Eye” or “Slim Bob”, Daniel enjoyed being in the outdoors cutting grass and maintaining the yards of those all-around Hampton Roads. When not cutting grass, he enjoyed listening to and going to the shows of various gospel groups with his favorite being the Williams Brothers and the Canton Spirituals. Daniel was also a member of The Original Gospel Travelers of Virginia Beach, Green Leaf Male Chorus, Norfolk Aires, The New Rising Sun Male Chorus and Inspirational Choir.

Blessed with a small and loving family, he married Michelle Williams, on February 22, 1991 in Norfolk, Va. Together they raised 3 children.

Daniel was a very candid person who was a stranger to no one. He always maintained an optimistic personality and you’d never leave his presence without a good laugh or kind words. Daniel was a truck driver for many years and was employed with O.K. Moving and Storage until his retirement. He could not only give you directions no matter where you were but he also offered words of wisdom to last a lifetime.

Daniel is survived by his wife, Michelle; his son, Justin Speight; his daughters, Kimberly Mccloud (Johnny) and Danielle Edmonds (Lamar); his grandchildren: Damarion, Kamarion, Johnny, Lamar Jr., Jah’Kim, Kimiya, Journey, and Marlee, his sister, Shirley Mabine and brother Jerome Williams along with a host of nieces and nephews. He is preceded in death by his brother Rudolph U. Williams and his parents.

Daniel will be laid to rest on January 18, 2021 at Roosevelt Memorial Park. Due to COVID-19 restrictions, no reception will follow. Bishop Cleveland Bryant will officiate the service.