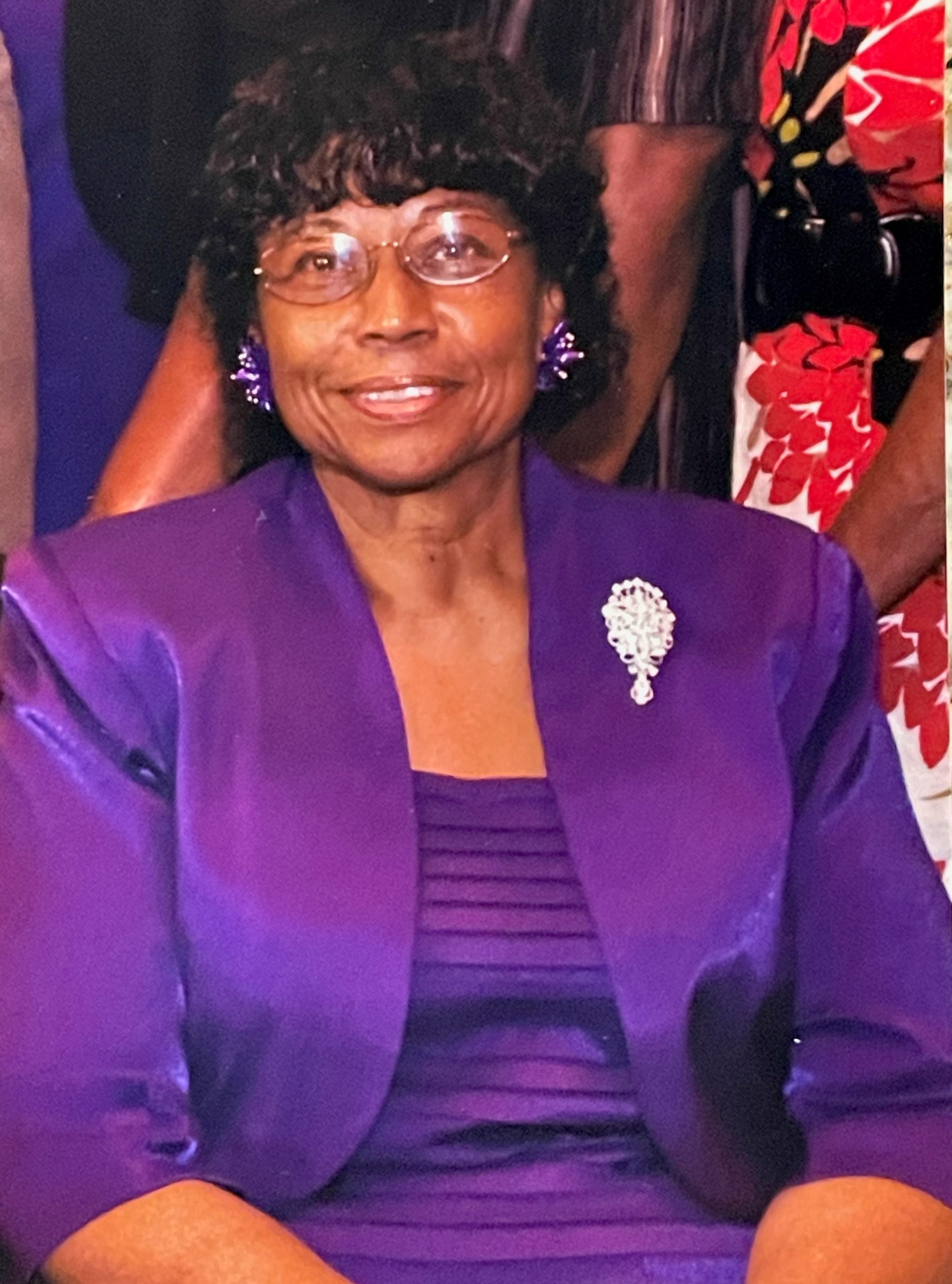 Daisy Mae (Kearney) Spruill, the first of four children to the late Curtis Kearney Sr. and Peggy Alston Kearney, departed this life at home surrounded by family on Wednesday, November 17, 2021, God told Daisy, “Well Done Thy Good and Faithful Servant” and He reached down His loving hand to help her come home.

Daisy was born on October 25, 1937 in Littleton, NC.  At a young age, the family moved to Norfolk, VA where Daisy attended Ruffner Middle School, Booker T. Washington High School and received a Business College degree.  She was a loving mother, grandmother and great grandmother who doted on, and cared for her children with pride.  Her loyal, devoted, loving and spicy personality made her cherished by family and friends who cared for her deeply and who all, whether related or not, lovingly referred to her as Aunt Daisy.

Daisy met William Spruill through a mutual friend in 1956.  After 3 months and 3 weeks and 3 days, they were married.  Their 65 years of marriages produced three children, three grandchildren and one great-grandchild.

At a young age, Daisy gave her life to Christ and was baptized. As Daisy continued her Christian journey, she became a dedicated member at Mount Zion Baptist Church of Norfolk where she served on the Usher Board, Food Ministry, sang in the Choir and would always help out when called. She continued to serve Christ until she could not serve any longer.  She was a fighter.  As the “We Are Soldiers In The Army” song says, “♫ … My Mother she was a soldier ♫ she had her hand on the gospel plow, ♫ one day ♫ she got old she couldn’t fight any more ♫ she just stood there and fought any how…” ♫.

Before becoming a school bus driver, Daisy worked at DePaul Hospital in the cafeteria, W.E. Spruill Constructions as a Secretary and other companies as bookkeepers. Daisy retired from Norfolk Public Schools as a Bus Driver after over 20 years of service.

Daisy has touched the lives of many people during her 84 years.  Family was most important to her, and she played a vital role in her family’s lives by having family functions at her home, even after always promising that the current function would be the last! She assisted with the care of her sick brother, sisters and uncle.  She never minded throwing pool parties or watching her nieces, nephews, and grand nieces and nephews.  They all loved her calling them “Baby Cakes”.  Daisy leaves a legacy of love and wisdom behind with everyone that she met.

Daisy also enjoyed word search puzzles, you could find them everywhere in the house and in each car.

How can we be sad when Daisy is with our Heavenly Father?  She is dancing, rejoicing and having a Heavenly party with her mom and dad … Peggy and Curtis, her siblings … Rosa, Buddy, her baby sister Puddin and Kenny, her middle child that was lost days after birth.