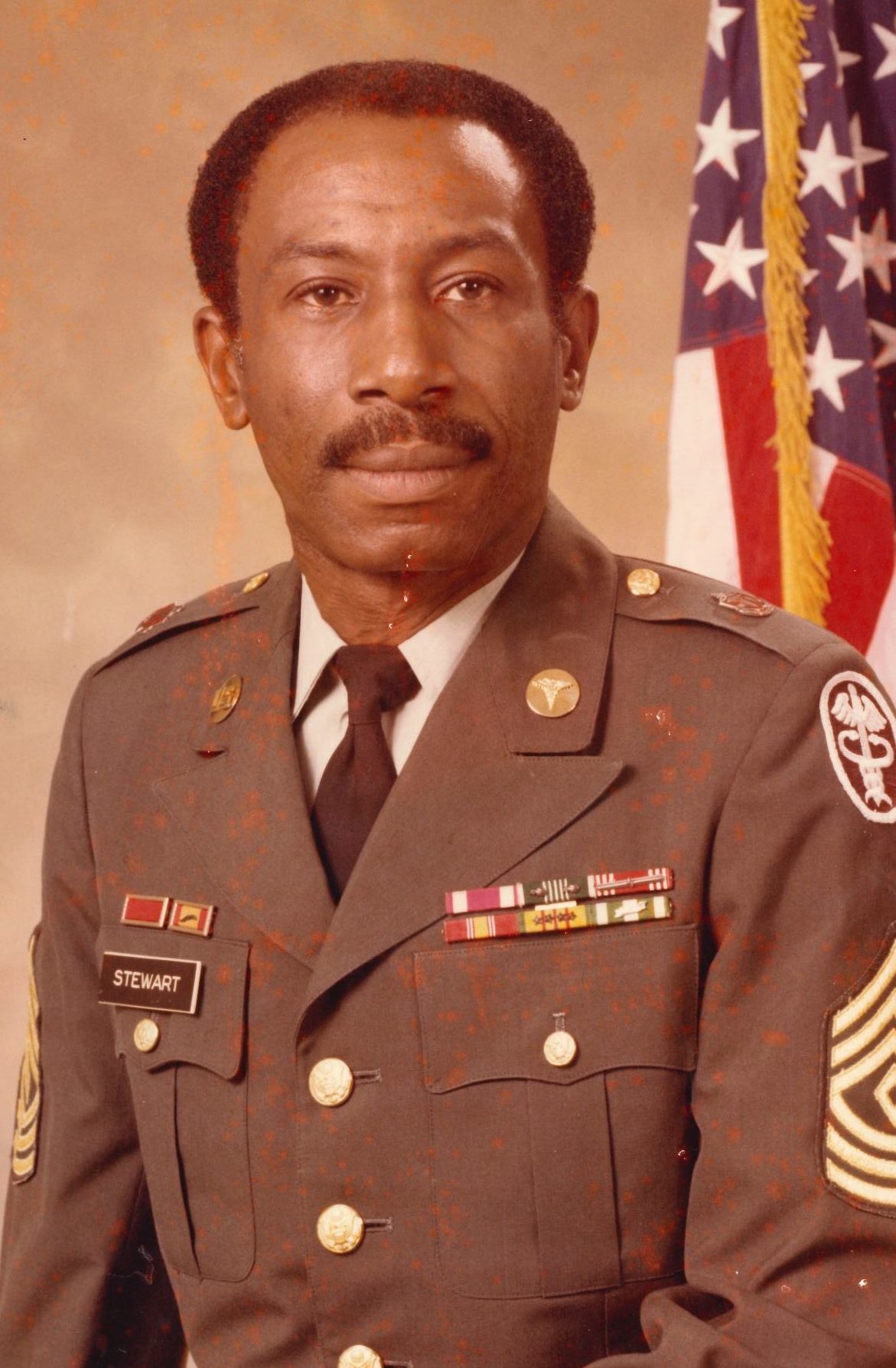 I will life up mine eyes unto the hills. From whence cometh my help. My Help cometh from the Lord, Which made heaven and earth. Psalm 121: 1-2

Curtis Lee Stewart was born February 12, 1942 in Tarboro, North Carolina to the late Blanche Grice and Sandy Knight. He attended school in Norfolk, Va.  Curtis enlisted in the United States Army in July 1960 as a Private E-1. He completed basic training at Fort Jackson, South Carolina and began a successful military career that spanned twenty-four and a half years. Curtis service took him many places, including three tours in Vietnam, two tours in Germany, a tour in Italy and Hawaii. He reached the rank of First Sergeant E8 and retired February 1, 1985 at Walter Reed Army Medical Center in Washington, D.C. During his Army career, he received many decorations, including the Republic of Vietnam Service Medal, Republic of Vietnam Campaign Medal, U.S. Army Meritorious Service Medal, Five Army Commendation Medals and eight Good Conduct Medals.

After retirement, he worked for the City of Portsmouth before becoming a Civil Service employee with the Veterans Administration Medical Center in Hampton, VA. From the VA Medical Center, he joined the staff of the US Army Training and Doctrine Command, also in Hampton, VA. In June 1987, Curtis accepted the position of Army Community Services Director at Fort Story. During his service here, Curtis received several Commanders Awards for Civilian Service and many performance bonuses.  Curtis found the time and express his Love by physically taking care of his father until his father passed away.  After retirement Curtis had several strokes and two heart attacks.  He remained at home until he could no longer live. Curtis showed us how to endure with grace, dignity and honor. He was always thinking of others first, such an altruistic individual. He was a loving, giving, and generous person. Curtis always had a genuine smile for everyone. Curtis conversations were about the Wonders of God and feeling joyous about going home to live with Him.

We looked forward to meeting Curtis in the Great Reunion when we all get together; what a day of rejoicing that will be; when we all see Jesus; we will sing and shout the VICTORY!

Teach me, O Lord, the way of thy statutes; And I shall keep it unto the end. Give me understanding, And I shall keep thy law; Yea, I shall observe it. With my whole heart. Prayerfully, The Family