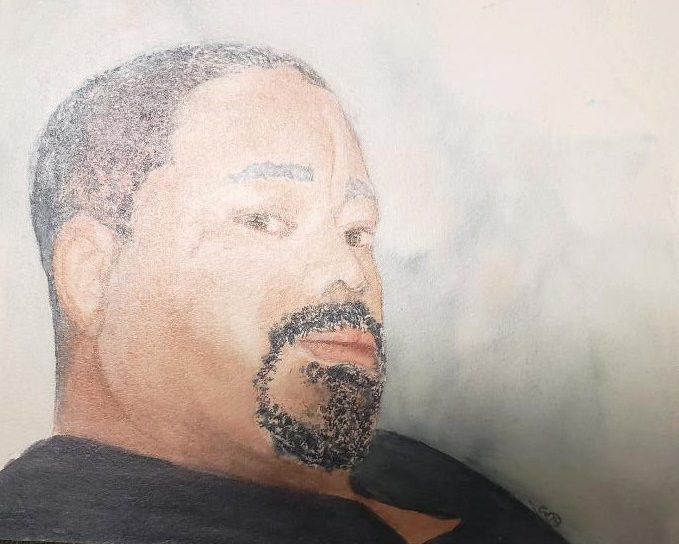 On the afternoon of 23 August 2019, Charlie B Bazemore, also known as Chuck, very quietly and peacefully closed his eyes.
Charlie was 44 years young, born 4 April 1975 at Portsmouth Naval Hospital to Charlie and Mercedes Bazemore. He was
the father of a young Navy Sailor Charlie B. Bazemore, Jr. Charlie was an outstanding athlete starring in soccer, baseball,
basketball and especially football. In football, he was awarded the offensive player of the year for Europe. Also, that year, while
playing quarterback, he led his team to an undefeated season. Their team, The Ansbach Cougars, won the European Division
III Championship in 1992. He attended Virginia Union for a year and shortly thereafter entered the U.S. Marine Corps. After spending time in Japan with the marines he settled in San Diego, CA.

Charlie touched all those that he came in contact with because of his glowing personality and great smile. He left us suddenly at such a young age, but will always be remembered by those that knew him best.