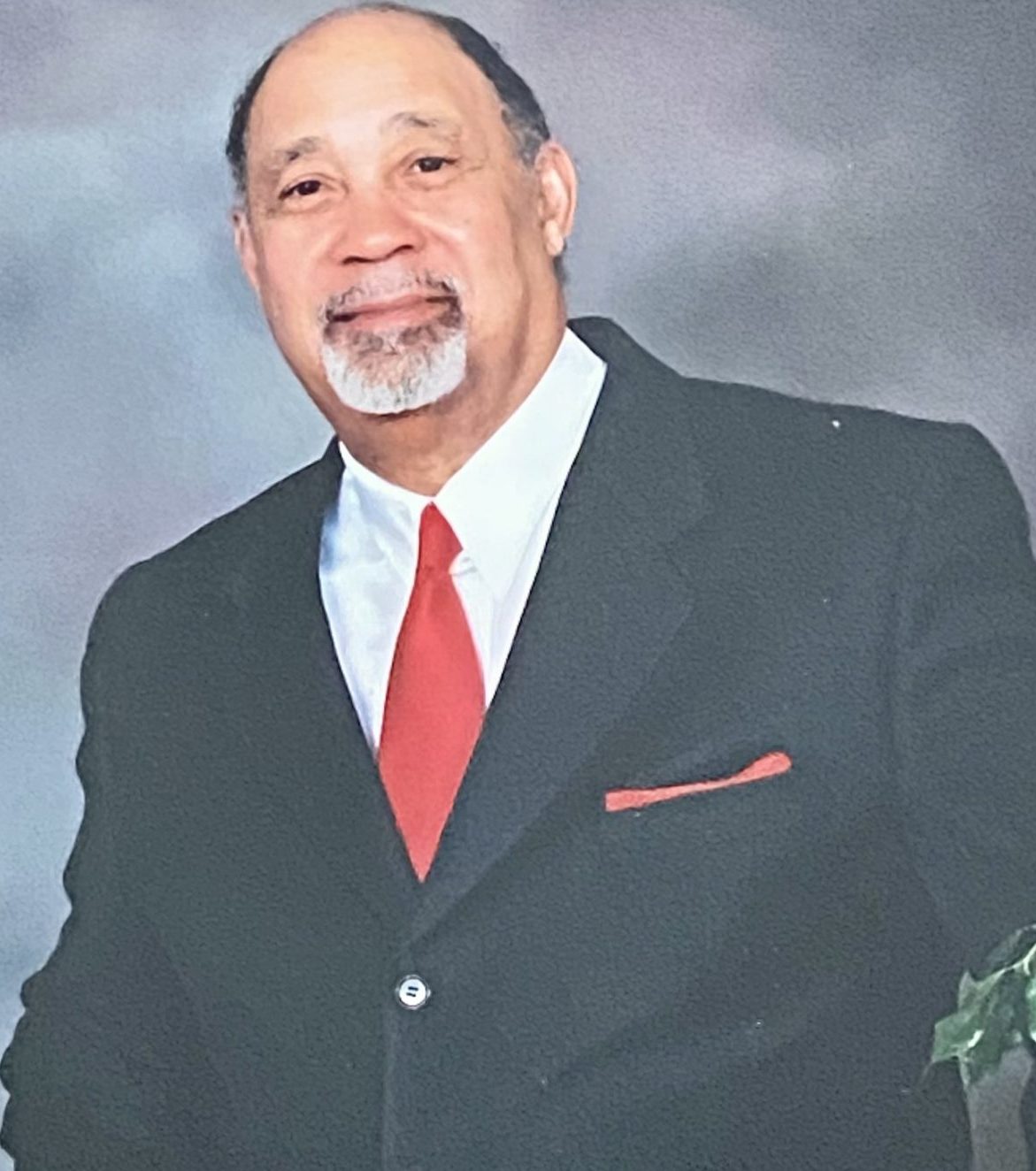 Charles McKinley Reynolds, Jr., was born on January 11, 1937, in Thomasville, Georgia, the firstborn child of Johnnie Mae and Charles McKinley Reynolds, Sr. He joined a loving and industrious household in Albany, Georgia, where his father was a prosperous insurance executive, with the historic North Carolina Mutual Life Insurance Company, one of the country’s largest and most successful Black enterprises, and a future Baptist minister; and his mother was a popular and respected home economics teacher, admired for both her beauty and intelligence. Charles’ youth was a carefree era of learning, travel, and friendship, supported and protected by Albany’s close-knit and attentive African American community. In addition to his adoring parents, he enjoyed the affections and protections of nearby grandparents. He visited them often – the formidable Collin James Reynolds of Baconton, Georgia, a revered Baptist minister, Republican Party official, and prominent businessman; and Bertha Mae and John Preston Hadley of Thomasville, Georgia, his mother’s parents, who taught him to hunt and fish, in the riverside woodlands of southwest Georgia. During Charles’ pre-school years, “Mama Hadley” spent her weekdays in Albany caring for him, returning home to Thomasville on weekends. He was a popular student athlete, excelling in both football and track, and maintained respectable grades, even while holding a series of part-time jobs – something he did, not out of economic necessity, but because his parents insisted that their son be industrious and self-propelled. It was a lesson that took hold early in Charles’ life, and remained a guidepost throughout his life.

In 1955, Charles was admitted as a freshman at Morehouse College with an eye on a degree in business. The next year, however, he married his high school sweetheart, Estella Henry, and enlisted in the U.S. Air Force. This took him to assignments in Biloxi, Mississippi; Antigo, Wisconsin, where their first son, Eric Charles Reynolds, was born; Marietta, Georgia; and the Thunder Bay District of Ontario, Canada, where Charles was among the first African Americans to be trained in the Air Early Warning and Control system, as part of the nation’s Air Defense Command. After his honorable discharge, Charles returned to Atlanta and Morehouse College to complete his degree. He subsequently completed programs in business administration at Atlanta University and in mortuary science at Wayne State University in Detroit. Returning to Albany, Charles became, like his mother and paternal stepgrandmother, an educator. At the all-Black Southwest Junior High School, he taught social studies, and coached football, all while operating his own doughnut shop, and working part-time at a local funeral home. One day, his former Morehouse professor, recalling Charles’ acumen for high finance, noted that the U.S. Treasury Department was seeking applicants for federal bank examiner positions. He, therefore, recommended Charles and another Morehouse graduate as candidates. Forewarned that the entry requirements were exacting, Charles was intrigued by the challenge. His classmate did not make the cut, but Charles passed the qualifying examination handily, and in 1965 became the first African American assistant national bank examiner, in the South. That experience and the network he developed in the process put him on the map as a savvy operator in the financial world. Charles was named president of Citizens Bank and Trust in Atlanta, at the young age of thirty-five. He was treasurer of Maynard Jackson’s successful and  history-making bid for mayor of Atlanta. He served on the board of MARTA, the Atlanta area’s mass transportation system, and was appointed to the Morehouse Board of Trustees.

In 1974, Charles moved to Norfolk, Virginia to become President of the Atlantic National Bank, and promptly restructured the bank’s faltering lending programs, expanded its portfolio and grew deposits. While President of the National Bankers Association, he also held leadership positions with the Norfolk Chamber of Commerce, the Urban League, and the Norfolk Convention and Visitors Bureau. Imbued with an entrepreneurial spirit, Charles ran several successful businesses, including AM/FM radio stations in Virginia and North Carolina, an equity firm, and real estate developments in Atlanta and Albany. Under the auspices of his company, Reynolds and Associates, Inc., he purchased a Residential Re-Entry Center (RRC/halfway house), in Washington, DC, for formerly incarcerated women, through contracts with the District of Columbia Department of Corrections (DCDC), and the United States Department of Justice Federal Bureau of Prisons(BOP). He would later acquire a co-ed RRC, in Norfolk and another for formerly incarcerated men, in Newport News, Virginia, also contracting with the BOP. In the course of that work, Charles met the woman he once described as “the one who made life worth living.” Like Charles, Reesa Motley McMurtry had been involved in programs to provide former female offenders with the skills, counseling and resources needed to re-enter free society as productive citizens. After years as business associates, Charles and Reesa found their compatibility went beyond business. They married in 2008, which was the start of a happy, rewarding, memorable and proud union.

Despite his unassuming demeanor, Charles’ habit of prodding others toward excellence, coupled with his generous gifts to religious, educational and social justice institutions, brought him a raft of accolades and honors. He endowed scholarships for underserved youth in Harlem and founded a Foundation to provide support and services for former offenders. He provided continuing education for his staff, encouraging them to raise their sights and prepare for better opportunities. He encouraged his executive staff to read over thirty (30) books, in his Visionary Leadership Council (VLC) for professional enrichment. He and Reesa supported the Eureka Baptist Church in southwest Georgia, the boyhood congregation where his father had been Pastor. They returned to the Bank Street Memorial Baptist Church, in Norfolk, Virginia, where Charles had been an active member and former Treasurer, for many years. In October 2020, Charles was honored at Morehouse’s annual Alumni Rite of Passage, the Passing of the Torch. In his speech to the young Morehouse matriculants, he noted that he had undertaken a book project, not to trumpet his accomplishments, but as instruction for success. “I know now that what I leave to posterity must be an accounting of how my life was affected not only by the circumstances of my existence, but by the decisions and choices I made to get to where I am today,” he said. Charles was an esteemed and faithful member of The Guardsmen, the Sigma Pi Phi Boule, and Alpha Phi Alpha Fraternity. He, also, sat on the board of the NCBA Housing Management Corporation. He enjoyed his summer weeks on Martha’s Vineyard, and extensive world travel with his beloved Reesa. Just days before Christmas 2020, from his hospital bed, in a final act of charity, Charles set in motion the establishment of a specialized division of his foundation, to address a long-unmet need in the African American community. Recognizing that African Americans are often poorly served or marginalized by the medical community, he chose to provide a venue and support for African American physicians and scientists to investigate and develop accessible and affordable pain therapies. His last intellectual energies were concentrated on helping others.

Charles passed away, peacefully, on December 26, 2020, at his home in Naples, Florida, following a brief illness, He had been surrounded at Christmas by his family. He is survived by his adoring wife, best friend, and partner, Reesa Motley Reynolds; son Eric and daughter-in-law Eleanor Reynolds of Mobile, Alabama; son Gregory Reynolds of Florida, his grandsons, Eric Reynolds Jr. (Mary) of California, Evan Charles Reynolds of Mobile, Evan James Batson of Chicago; his granddaughters, Melissa Wilson (Craig) of Texas and Elissa Powe (Shane) of Mobile, Alabama; his great grandchildren Julian, Brendan, Alana, Patrick, Logan, and Juliana; his stepdaughter, Dr. Stacie McMurtry Batson (Walter) of Chicago; his former wife, Estella Henry Reynolds, numerous cousins representing four generations, and innumerable friends, many of them lifelong. A special thank you and acknowledgement to Dr. Yanis Alfonso Fernandez (Naples) and Guilherme Oliveira (Tampa), and his two private duty nurses, Laure Dufort and Fabiola Byron, who gave him the professional attention, special care, love, and time, to plan his earthly departure. He leaves a legacy that honors his credo: Respect, Integrity, Competency, and Excellence – “RICE,” as he fondly called it. “RICE is difficult in the short run,” he said in his last speech at Morehouse. “But if you keep it in the forefront of your life as your guiding light, and if you use it when times get rough, in the long run, you will come out on top. Personal experience allows me to vouch for that.”

Charles’ final request to Reesa, was that she wait until after COVID, to have a Memorial Service and Celebration of His Life. Therefore, on  January 11, 2022, the date of his 85th birthday, his family and friends will remember this humble giant of a man, Charles McKinley Reynolds, Jr., with a great memorial and celebration.