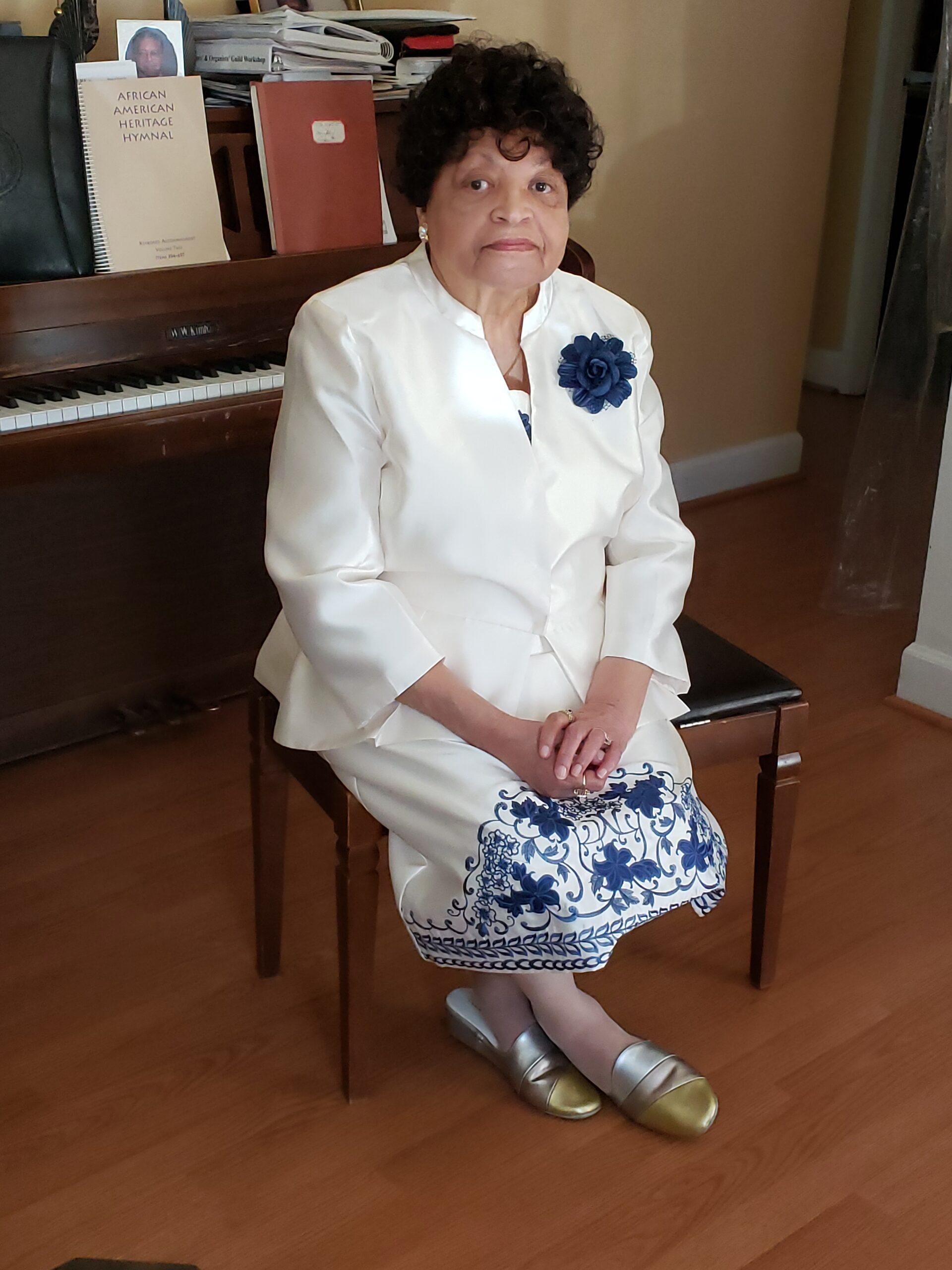 Let the Word of Christ dwell in you richly in all wisdom; teaching and admonishing one another in psalms,

hymns and spiritual songs, singing with grace in your hearts to the Lord.

“MUSIC MAKES LIFE A SYMPHONY WHEN GOD IS THE CONDUCTOR”

Cece possessed an innate love and appreciation for music that was discerned early in her childhood by her mother and grandmother, both accomplished musicians, who nurtured her delightful gift. Her grandmoth- er, Mrs. Lovey Lumsden, was her first music instructor and CeCe spent countless hours in her home, practicing and perfecting her skills.

Cece received her education in the Norfolk Public School System and graduated from Booker T. Washing- ton High School in the class of 1955. While at Booker T., she was the primary Student Accompanist for

the renowned BTW Choir under the direction of Mr. I. Sherman Greene, who became one of her strongest mentors and ensured her enrollment at Howard University in Washington, D.C. Mrs. Hermione W. Jack- son was also instrumental in her development at Booker T. At Howard, Dean Warner Lawson became an- other mentor. Cece’s outstanding keyboard skills solidified her position as accompanist and the choir’s ex- tended tour to South America was one of the highlights of her college experience. Cece pledged Delta

Sigma Theta, enjoyed other facets of college life and earned a Bachelor’s Degree in Music from Howard University in 1960.

Cecilia ‘s Christian Journey began at Metropolitan A.M.E.Zion Church in Norfolk, Virginia where she was baptized and enjoyed an active church life. Under the mentorship of Mrs. Daisy S. Holmes, Cece played for the Children’s and Adult Choirs, Sunday School, and other programs as appropriate.

Cece’s teaching career began and ended in Surry County Public Schools where she taught for more than thirty years. Initially, she taught Band, in addition to being the choir director. Her knowledge, skills and

abilities resulted in the development of outstanding Concert, Gospel, and Show Choirs that won numerous accolades in Choral Music Festivals and First Place at a Mid-Atlantic Show Choir Festival.

Cece loved and appreciated all genres of music and sought to share that love with her choirs and ensem- bles. Cece was not just a pianist/organist. She was blessed with the ability to transpose instantly, com- pose music, choreograph, teach, and conduct. With these God-given gifts and talents, she faithfully served as Director of Music at Norfolk United Methodist Church for fifty-five years, having begun in 1965, after the founding of the church by Rev. Godfrey Tate in 1960.

Cecilia’s Music affiliations are many and legendary:

Cece was full of kindness, love, courage and compassion, faith and inspiration. Her daily walk reflected her love for God and her fellowman. She was a gentle soul who looked for the good in everyone. She was also humorous, joyful and had an infectious laugh. She liked to work crossword puzzles, but also enjoyed playing cards with friends, working the slot machines and her membership in the Modernaires Club. These activities provided a good balance that, combined with her unwavering faith in God, enabled her to endure her many illnesses and losses, including that of her first husband, Robert Mickens.

“With unrelenting crescendo, the symphony of a life replete with melodic progression, hastens to its finale. And a friendship that is ours to share, with its “largos” and “allegros” moves everlasting; onward, in sweet memories.”

Cecilia Earle Bacon Mickens Hamlin peacefully transitioned from her earthly tabernacle to her Heavenly Home on the morning of Thursday, July 21, 2022. With her loving “Behby” at her side, she bade farewell and, we believe, was immediately given a seat at the PIANO.

In addition to her parents, Cece is predeceased by her brother, Douglas Bacon, Sr., her aunt, Sarah Rebecca Griffin, and her niece, Ebony Bacon.

SORROW IS NOT FOREVER…LOVE IS