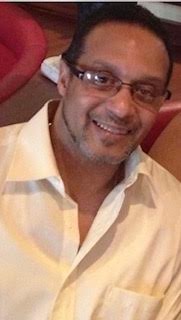 Sunrise: November 14, 1958
Sunset: April 25, 2021
A friend to many and loved by all that came to know him. A kind and loving heart having never met a stranger, has gone to be with the Lord. Cecil Leonard Whiley Jr. affectionately called cisco by those who knew him best passed away on April 25, 2021. Cecil was born on November 14, 1958, in New York City to Cecil Whiley Sr. and Radiah (Olga) McGee. Mr. and Mrs. Whiley Sr. both preceded him in death. Cecil graduated from Charles Evan Hughes High School in 1976. In 1978, Cecil joined the United States Navy and honorably served his country for 12 years. After his service in the Armed Forces, Cecil went on to graduate from ABC Technical College in California earning an Associate Degree. After living in California for several years, Cecil was blessed to become a father of one son, Cecil whiley III affectionately called (Chip) whom he loved and adored. Desiring to be closer with his beloved mother, sisters, and family, Cecil came to Norfolk, VA. He was introduced by his sister Theresa on a blind date, to Lorrie Chapman. After the chance meeting it was love at first sight.  Cecil and Lorrie have been married for 22 years. Cecil love of family has made him a devoted husband, father, brother, uncle, nephew, brother-in-law, and friend. Cecil adored his many nieces and nephews, and always made time to spend with family. Cecil loved his aunt Brenda of whom he had a special bond.
Cecil accepted faith in Christ in his early 40’s. He would not hesitate to tell others how the Lord changed his life. He would tell you “Man talk to God about it, I do!” We celebrate his life, lifting him up to the Lord as he receives Cecil into his care. We will always love him for he is forever in our hearts. Cecil’s memory is cherished and mourned by his wife of 22 years, Lorrie Whiley; his son, Cecil Whiley III (Bella); his sisters, Teresa Clay of Norfolk, VA (Jeffrey), Arimentha Whiley and Debbie Whiley of Franklin, VA; his brothers, William Jones (Charisse Jones) of New Jersey and youngest brother Cecil L. Whiley, IV; aunts, Cathy McGee and Brenda McGee both of New York; and a host of nieces, nephews and  many cherished friends to mourn his passing.
Viewing Monday, May 3, 2021 2:00pm - 6:00pm Metropolitan Funeral Service 7246 Granby Street Norfolk, VA 23505 Service WATCH SERVICE LIVE ONLINE Tuesday, May 4, 2021 2:00pm Metropolitan Funeral Service Granby Chapel The family is following the CDC and State of Virginia guidelines for funeral attendance.