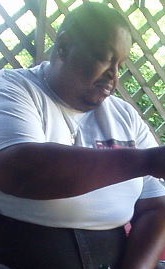 Carlton B. Jackson, 61, passed away on Sunday, January 19,2020 in Sentara Leigh Hospital. He was a native of Chesapeake VA and the son of the late Leslie and Evelyn Jackson. He was the husband of Denita Nottingham Jackson.

He was predeceased in death by his brother Leslie Jackson, Jr.   He will be cremated after the services.