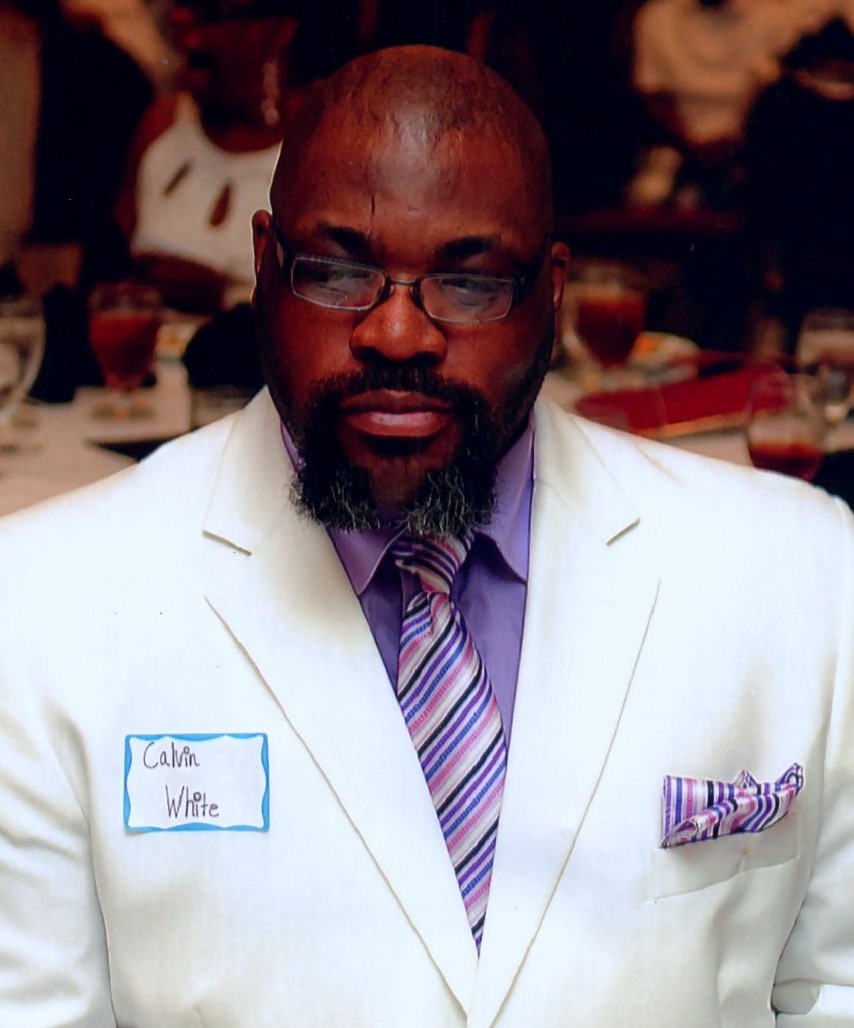 Calvin Tyron White was born April 22, 1961 in Portsmouth, Virginia to the late Charlie and Pauline White. He slept into eternal rest on the morning of Thursday, May 14, 2020. As a Portsmouth native, he was educated in Portsmouth Public Schools where he began his musical abilities in the chorus. From elementary to high School, he would showcase his skills at talent shows where he would captivate the audience with his humor and musical abilities. As a child, Calvin was a member of New Mt. Olivet Baptist Church in Portsmouth, where he served in the Youth Choir. He later joined Union Baptist Church where he faithfully served as the bass guitarist. He was employed by the City of Portsmouth’s Waste Management Department for 30 years.

His Passion
“The Bass Man”

Calvin had an undeniable love for gospel music and cultivated this craft as a musician. Calvin, also known as the ‘Bass Man’, displayed his love for music by playing with many local groups. During his younger years, he was a member of The Silver Trumpeteers and The Gospel Impressions. Before his passing, he was a vocalist and musician with The Group Determination. Calvin’s skill did not stop with playing instruments, but he also repaired instruments and mentored young men to be just as skillful of a musician as he was. His melodious voice, smooth personality and quick fingers are just a few attributes that will be missed at many Quartet programs. He will be missed singing favorites such as “My Soul is Anchored” and “Going to the Other Side.” Many will miss him being pulled off the stage as he declared Hallelujah and shouted out of his guitar. His passion for quartet and love for glorifying God was exhibited through his music. We thank God that his life was not in vain and that his soul was truly anchored in the Lord so that we can all see him again on the other side.