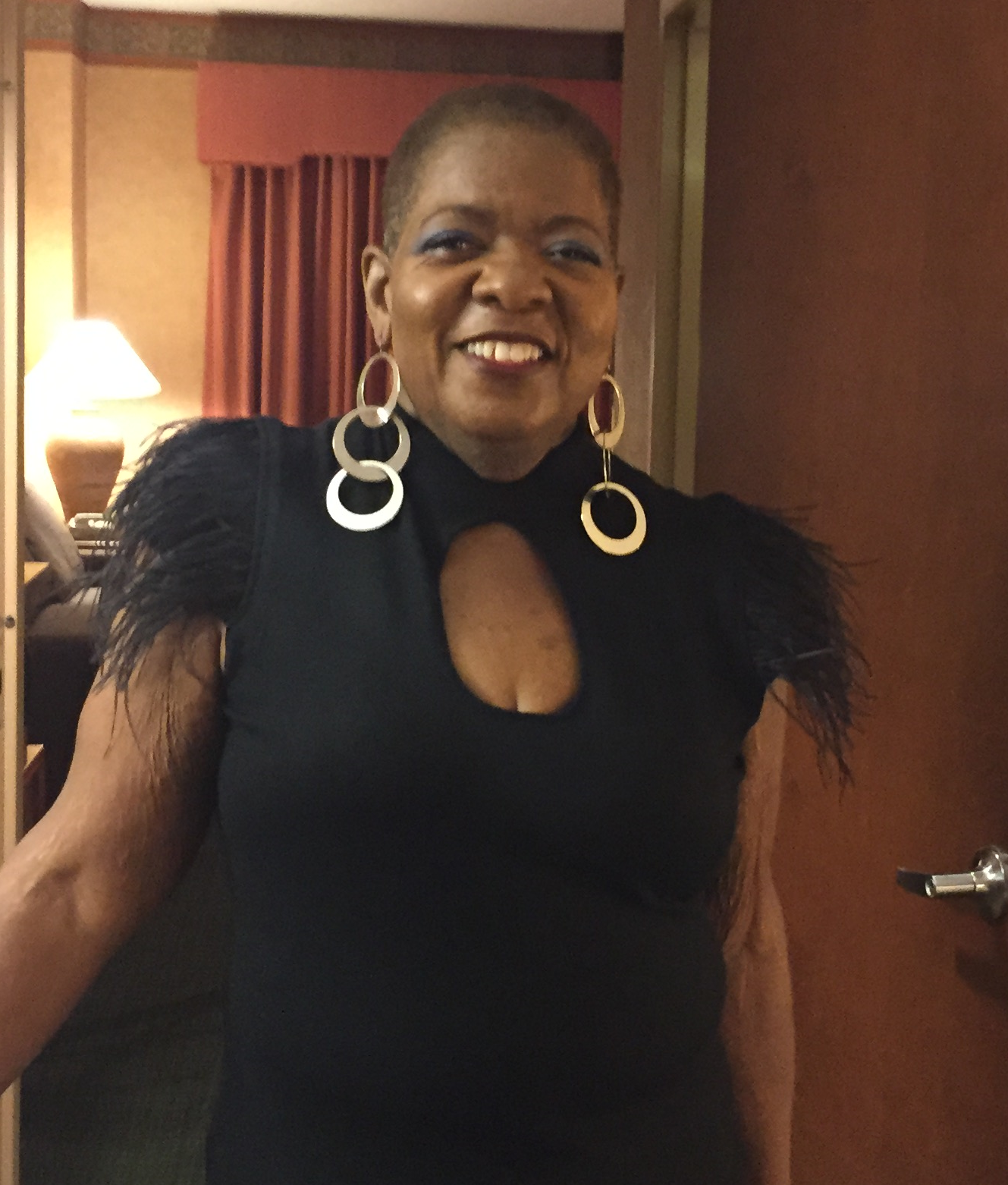 Calethia Carr Patterson was born in Norfolk, VA on May 17, 1958 to Calvin B. Bailey, Sr. and the late Ernestine Lee Carr Brown. She attended the Norfolk Public School System and graduated from Booker T. Washington High School. She was a member of the Fighting Bookers Marching Band playing the clarinet; while her sister Sylvia was a majorette. Her family named her Lele which caught on light fire among her close friends. After graduating from high school, she entered the work force. She was employed with Kempsville High School in Virginia Beach as a Paraprofessional for over 25 years and remained in that position until her health no longer allowed her to perform her duties. Lele’s roots began in church, in  Sunday School and the Junior Choir under the direction of the late Sis. Lena Williams. As a young adult, she sang with the McCollough Alternaters under the direction of Elder Andrews Williams, and the Norfolk District Mass Choir under the direction of the late Apostle T. Simpson. During such time her sister, the late Sylvia Carr Whitaker and the president. Her singing groups traveled to various stops on the East Coast singing for our spiritual leaders; and performing on numerous
musical programs.

Lele, the oldest of six children, loved to be in control; there was always a war between LeLe and Syliva deciding whose
house family events would be held. She was a loving mother to her deceased son, Danny, whom she loved dearly; and
she always made sure he had the best of everything. She always gave good life advice to her nieces and nephews and
her sisters (Lele believed in keeping it real), and to Lois who claimed she was her favorite. She addressed the facts of life
when their parents didn’t know how to approach certain subject matters. Sometimes they confided in Lele, when they couldn’t go to their parents. She loved family, loved to travel and enjoyed many memorable trips taken with Sylvia. Mark, the love of her life remembers the date they met at a pool party. He looked at her and said, “She’s the one”; and on August 17, 2002 they became united as one in marriage; dedicated and devoted for 17 wonder years. She dubbed herself the “Diva of all Times” and would not leave home without her big earrings. Like Sylvia, she had an infectious smile and ready to give you a huge hug of love and friendship. Memories of her loving ways will be missed by her loving and devoted husband, Mark; father, Calvin Bailey, Sr.; three sisters, Alma B. Richardson, Renee Bailey and Lois B. Adams (Harold); one brother, Calvin Bailey Jr. all of Norfolk, VA; Brother In Law, Reginald Whitaker of Norfolk, VA. Two Aunts, Melissa Williams (Dennis) and Shelia Bailey, all of Norfolk, VA; One Uncle, Clarence Bailey (Beverly) of Norfolk, VA; Four sisters-in-law, Nadine Patterson,
Patricia Wilson, Sylvia Howard (Napoleon), and Cynthia Hassan all of Norfolk, VA; One God Son, Carlos Wilson of Portsmouth, VA; A Special Friend, Patricia Braswell and two life- long friends Chrystall Elliott and Bonita Elliott both of Norfolk, VA; and a host of nieces, nephews, cousins and friends.