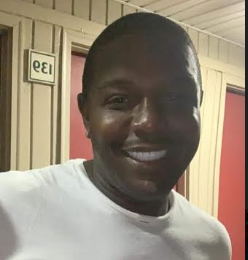 Brandon Dominique Winder was born October 29, 1984 at Sentara Norfolk General hospital in Norfolk Virginia to Raymond and Earlene Winder. Brandon was born and raised in Barraud Park/ Carry park/ Huntersville areas. Brandon, the youngest of three, was his mother’s “little chocolate brown baby boy”. He was always smiling and waving to people wherever he went. From a young boy Brandon was a personable person with an infectious smile touched everyone who saw it. Brandon and his older sister Crystal were extremely close being less than two years apart. They attended Norfolk Public School together and she was definitely her brother’s keeper.

Brandon was known for always being with his daddy when he was younger and like his dad, he was well known around Norfolk for being a kind person who always wanted to be sure everyone was okay and having a good time. Brandon loved his big brother who named one of his sons after. He even borrowed his nick name “Lil-bear” now “Bear”. He developed a passion for
music and lyrical expression. More than a rapper, he had the talent of “freestyling” songs. Over the years, he adopted the rap name “B-Rab”. His gift had earned him notoriety and he was at the brink of his rap career as he started his own brand RMG “Renegade Music Group” and touring across the country.

Brandon was a family man and always made it clear his goal was for family to be “straight”- his words. Brandon met his life partner, Chanel Privott, 16 years ago who he called his “Best Friend”. They built a life of love, partnership, and friendship. Brandon’s true loves were his children Brandon, Dominique Winder Jr., Jermaine Malik Winder, Chloe Camille Winder, Carmen Whitaker, Bre-Ajah Winder, and Malaysia Smith all completed the puzzle to his heart. Brandon enjoyed shopping for his children and outings like paintball and bowling. His love for his family and children helped to keep him focus on his career and living a life he knew his children would be proud of.