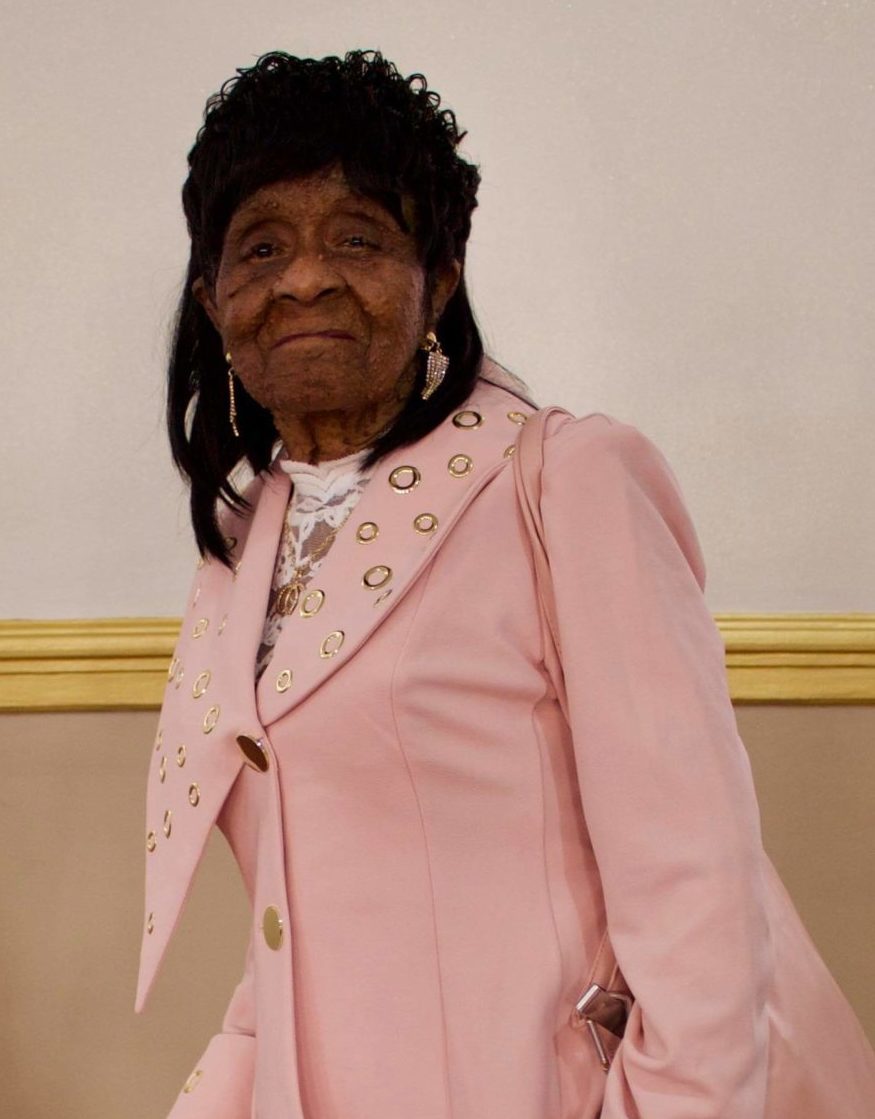 Sunrise: May 26, 1937
Sunset: May 22, 2021
“Weeping May endure for the night but joy comes in the morning.”
Psalm 30:5
Our love one Blanche Alice Flemming was transitioned from this life on May 22, 2021 to be with the Lord.  She was born May 26, 1939 to the late  Winford and Elizabeth. She was also preceded in death by two sisters, Lola Johnson and Delores Matthews. Her father later remarried and he had six more daughters and one son. She also has a “sister” and her family as her secondary family, “The Owens Family), A god daughter Kim Johnson and her niece whom she took under her wings as “her daughter” Jeneen Matthews.  She is survived by many nieces, nephews, cousins, grandchildren, great grandchildren (two unborn babies), friends and loved ones. Mother B Flemming was affectionately known as “Big Mama” to many people, especially her family, church family and even in her neighborhood. She was known by her gift of love and giving. She was even known to have a heart and a listening ear for those who were troubled. One of her favorite sayings was, “If I can help somebody then my living would not be in vain.”  Indeed, she lived up to it by helping all that she could even if it meant going without herself. Her favorite scripture was the 37th Psalm. She used that scripture as a weapon with just about everything. When she was stricken with cancer, she kept this Psalm before her and God healed her. When her friends and loved ones were invaded with tragedy, scandal, sickness, etc. she used Psalm 37 against it. With this shield of Psalm 37 held up, she was able to win many battles. She wanted to live until she was 100 years old, but God chose to take her home. She traded all her sickness, sorrows, and battles or the joy of the Lord and eternity to be with the Lord